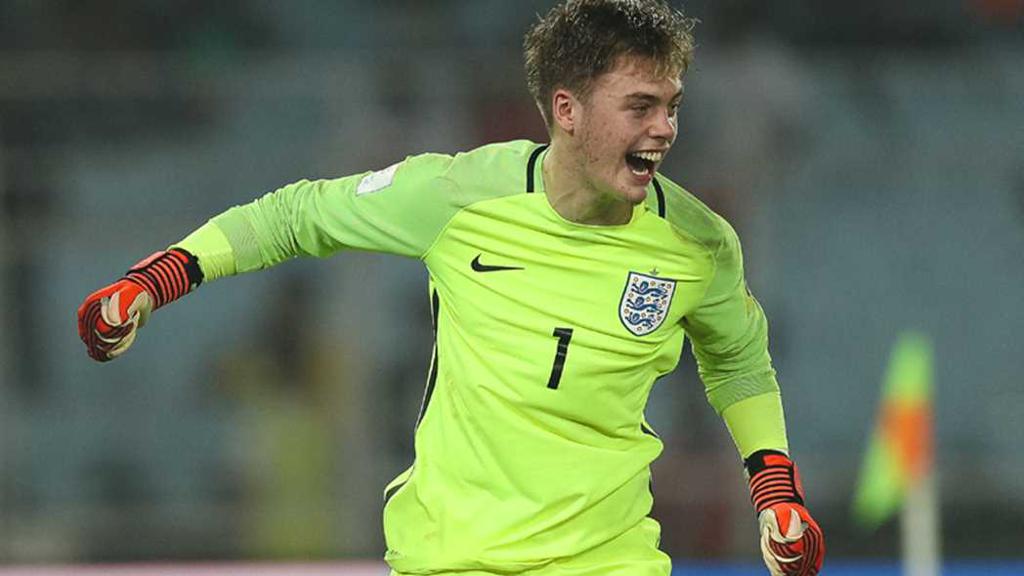 “When I heard that Charlotte Independence were interested in signing me I quickly decided that this was too good an opportunity to miss out on,” said Anderson. “Especially the chance playing in senior football for the first time in my young career.”

The Barrow-in-Furness native captured the 2017 FIFA U-17 World Cup, starting six out of seven games, including all games in the knockout stage. Anderson recorded two clean sheets and even converted a goal the 5-3 penalty shootout win versus Japan during the Round of 16.

“Curtis is an excellent young goalkeeper,” said Independence Head Coach Jim McGuinness. “We’re very fortunate to bring in a talent that has a lot of high-profile youth experience at the club and international levels.”

At 11-years-old, Anderson signed his first contract for Manchester City after a successful stint at Blackpool FC’s Academy. Last season, he was featured in U-23 Premier League sides, UEFA Youth League and trained with Manchester City’s first team.

“I spoke with the manager Jim McGuinness,” said Anderson. “His enthusiasm and positivity in wanting me to be part of his plans just convinced me even further that this is a move that could possibly help me develop my career more quickly than I could in England.”

Anderson becomes the 18th player added to the 2019 rosters, joining Celtic FC loanees Andrew Gutman and Mark Hill. The Independence continue in USL Championship action this Saturday, March 23rd versus Atlanta United 2 at the Sportsplex at Matthews. For more information on tickets, please visit charlotteindependence.com or call the Independence front office at 704-206-1515.