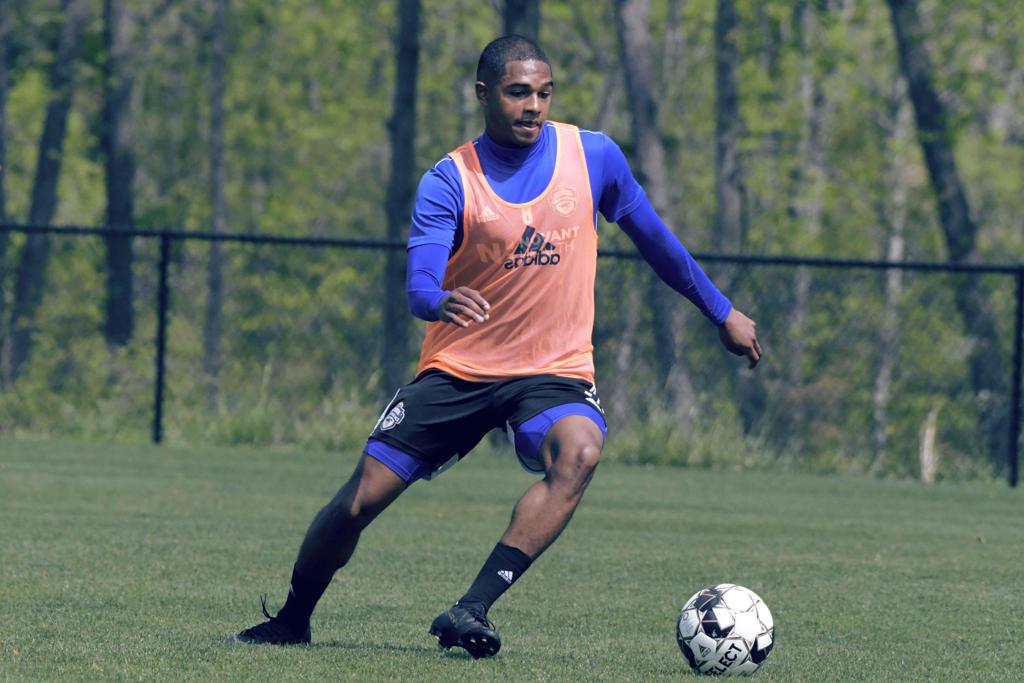 Charlotte (NC) — The Charlotte Independence professional soccer team announced midfielder Michaël Maria (pronounced Mick-ELLE) has been signed to the 2019 roster, pending league and federation approval. Maria is a defensive midfielder for the Curaçao Men’s National team and a product of PSV Eindhoven’s youth system in his home country of the Netherlands.

“I'm looking forward to working with the guys and getting victories,” said Maria. “I want to help strengthen the team, not only physically but mentally.”

Most recently, the 24-year-old was signed by FC Twente in the Netherlands where he made 17 appearances and scored two goals in the Eerste Divisie (2nd Division). Prior to his move to the Netherlands, Maria played for German clubs VfL Bochum, SG Sonnenhof Großaspach and Erzgebirge Aue.

“Michëal has played at a very high level in Bundesliga 2 and he's shown that he can be versatile player, for FC Twente,” said Independence Head Coach Jim McGuinness. “He's a central midfielder or a defensive midfielder, and that's his strongest position but he gives us a bit of flexibility. He sees things early and makes very good passes.”

In addition to Maria’s club experience overseas, the midfielder has appeared in 13 games for the Curaçao Men’s National team, who last month qualified for the 2019 CONCACAF Gold Cup scheduled for this summer. Over the past year, Curaçao along with Maria competed in CONCACAF Nations League taking nine points in four games and posted a +20 goal differential. Maria and Curaçao have qualified consecutive Gold Cups, also marking the first two qualifications in team history. In the 2017 edition of the tournament, Maria came on as a substitute against El Salvador at Qualcomm Stadium in San Diego, California and against Jamaica at Sports Authority Field in Denver, Colorado.

“To play in the Gold Cup is a great experience,” said Maria. “It's something that every player wants if they play in CONCACAF. It's a big thing and hopefully, we can do better than in 2017. I think we will because we have a better team. I'm looking forward to it.”

Maria will be available for selection as the Independence continue in USL Championship action this Saturday, April 20th in the North Carolina Derby and Southern Derby versus North Carolina FC at the Sportsplex at Matthews. For more information on tickets, please visit charlotteindependence.com or call the Independence front office at 704-206-1515.

Charlotte Independence Sweep Hartford in Come From Behind Win