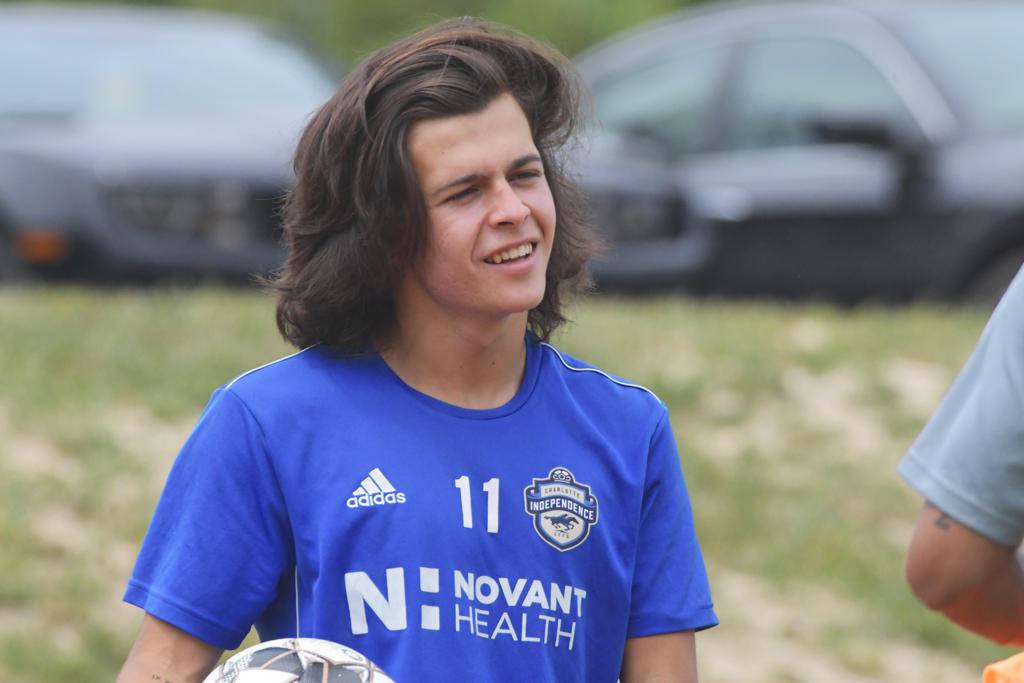 Charlotte (NC) — The Charlotte Independence professional soccer team has signed 19-year-old, midfielder Valentin Sabella, pending league and federation approval. The cinderella-story, Florida Soccer Soldiers gained national attention after Sabella scored game-tying goal in the 119th minute of extra time, when the team was playing with 10-men against the Independence in the 2nd Round of the 2019 Lamar Hunt U.S. Open Cup.

“It's kind of crazy,” said Sabella of signing his first professional contract with the team he helped knockout of the Open Cup. “But now that I'm in Charlotte, I'm here to give my best for the Independence.”

Overlooked as a high-school graduate of MAST Academy in Biscayne, Florida, Sabella received several Division I scholarship offers to play collegiate soccer, but bypassed the opportunity to lead the Soccer Soldiers to back-to-back first-place finishes in the Florida South Division.

“I knew I wanted to go to a big-time school,” said Sabella. “I wanted to go to a Division I school, for sure, and I did have DI offers and I waited until June to hear from some of the programs. But then some of the coaches didn't choose me for whatever reason. Luckily they didn't, because everything turned out according to my plan. Last February, before I got collegiate offers, I was already playing with [Florida Soccer] Soldiers. I knew everything was going to be fine because I was already studying at Florida International University and playing with a great club in the Soldiers. That's just how it worked out.”

“Not every player goes through university or an academy,” said Independence Head Coach Jim McGuinness. “Sometimes players fall through the cracks. Naturally, people look at MLS and other USL sides, or to the academy level, or maybe outside of the country to other youth national teams, but there's a number of players like Valentin who are good enough, but for various reasons, get their opportunity in a different way.”

In the inaugural season as a United Premier Soccer League (UPSL) side, the Soccer Soldiers battled to the National Playoff semifinals, losing to eventual champions Milwaukee Bavarians SC. Sabella was selected to the UPSL 2018 Fall Season First Team.

“We knew our team had good quality,” said Sabella. “However, we didn't have certain training gear, players have to work all day, so you get to training late, or you can't do rehab. I think those things make the difference, but quality-wise we could compete with any team we could possibly face.”

The Soccer Soldiers were one-of-two lower-tier clubs to advance to the 3rd Round of the 2019 Open Cup. A feat which garnered a lot of attention due to the dramatic nature of their previous win.

“We knew our win would make some noise, but we didn't know it was going to be as big as it turned out to be,” said Sabella. “We got retweets from Taylor Twellman and Alexi Lalas. I didn't expect that at all.”

Sabella says his goal was always to sign a professional contract. Now that he has, it’s a surreal feeling.

“It's everything I dreamt of,” said Sabella. “My family and my friends from Argentina were asking about signing, and one thing I told them is you dream of this moment but you never expect it to happen. I feel like I'm in a dream right now.”

Opening game of return to play schedule moved to August.