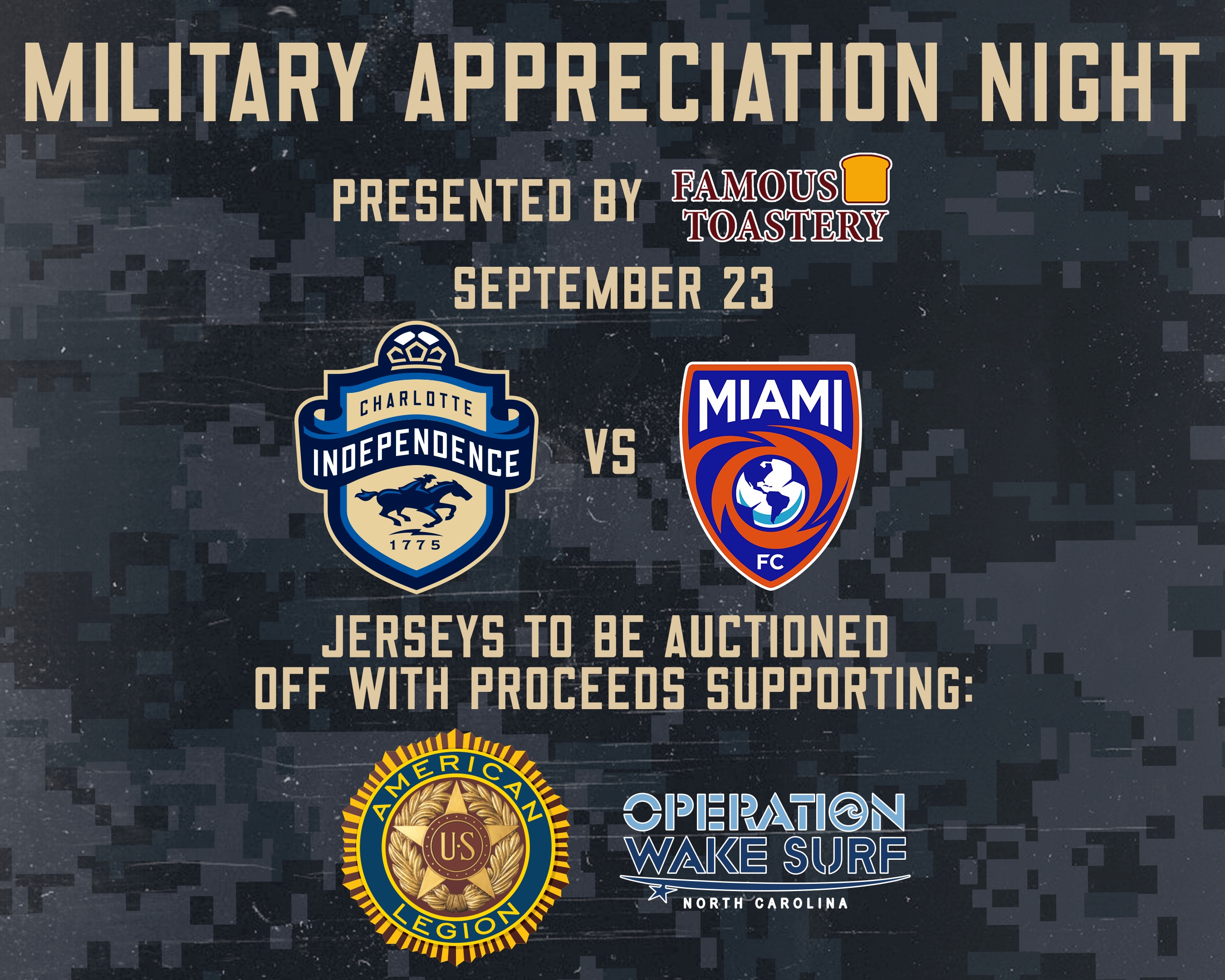 In appreciation of current and former Military members and in an effort to honor all who serve, every player on the Independence roster will have their Military Appreciation jersey up for bid. Fans can now bid on Independence players’ game-worn, autographed jerseys with a portion of the proceeds going to both American Legion and Operation Wake Surf. 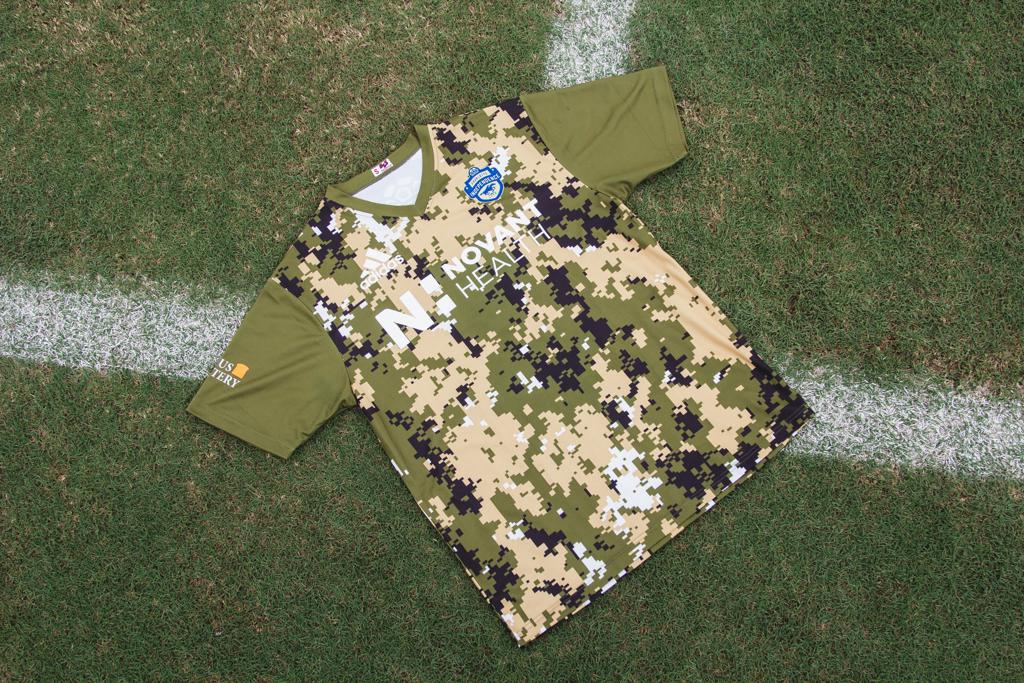 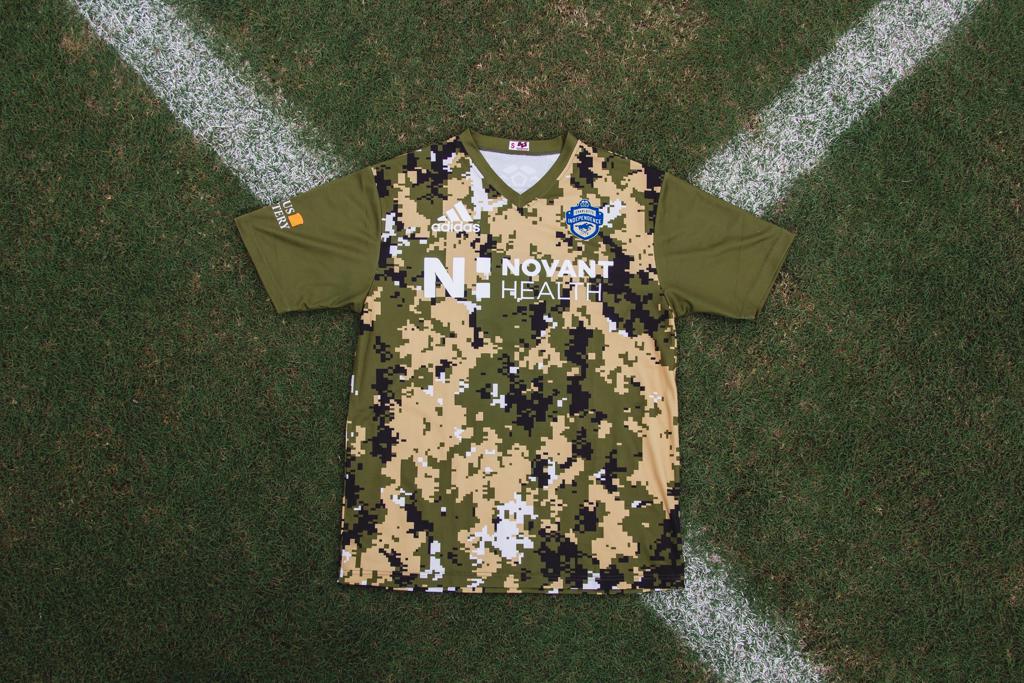 ABOUT FAMOUS TOASTERY: Famous Toastery's story began in 2005 in Huntersville, N.C. in a small house-turned-restaurant where best friends Brian Burchill and Robert Maynard opened their first breakfast spot. News of their fresh-made breakfasts and fun atmosphere spread. The concept quickly grew to three locations, serving new and loyal clients dishes such as made-from-scratch portabella mushroom benedict and avocado omelets. Never compromising fresh ingredients or friendly service, the demand for Toast kept growing. To satisfy its family of patrons' pleas for more locations, Toast evolved into a franchise system in 2013. Dining customers always can expect impeccable service because at Toast, "every server is your server." Breaking through the boring casual breakfast segment, Toast will continue spreading its success to new communities across the United States. For more information about Toast or to learn about franchising opportunities, please visit http://famoustoastery.com/.

ABOUT AMERICAN LEGION: The American Legion was chartered and incorporated by Congress in 1919 as a patriotic veterans organization devoted to mutual helpfulness. It is the nation’s largest wartime veterans service organization, committed to mentoring youth and sponsorship of wholesome programs in our communities, advocating patriotism and honor, promoting strong national security, and continued devotion to our fellow servicemembers and veterans. https://www.legion.org/

ABOUT OPERATION WAKESURF: Robby Maschhaupt owner of PIF Water Sports founded Operation Wake Surf in North Carolina as a way to facilitate more unforgettable and unique experiences for first responders and military personnel. Operation Wake Surf is dedicated to helping these heroes find community, confidence, camaraderie and the respect they deserve. Through events like Salute 2 Service, their compassionate coaches share their love of wake surfing in a way that blends the healing powers of water, camaraderie and mentorship. Combat injured and able-bodied participants alike get to have an amazing experience on the water that may otherwise not be available to them. https://operationwakesurf.com/

Tag(s): Home  In The Community