The Independence will have home field advantage against the Charleston Battery Saturday at the Sportsplex at Matthews at 7:00 p.m. EST; The Jacks will allow exclusive fan access through a fundraiser initiative. 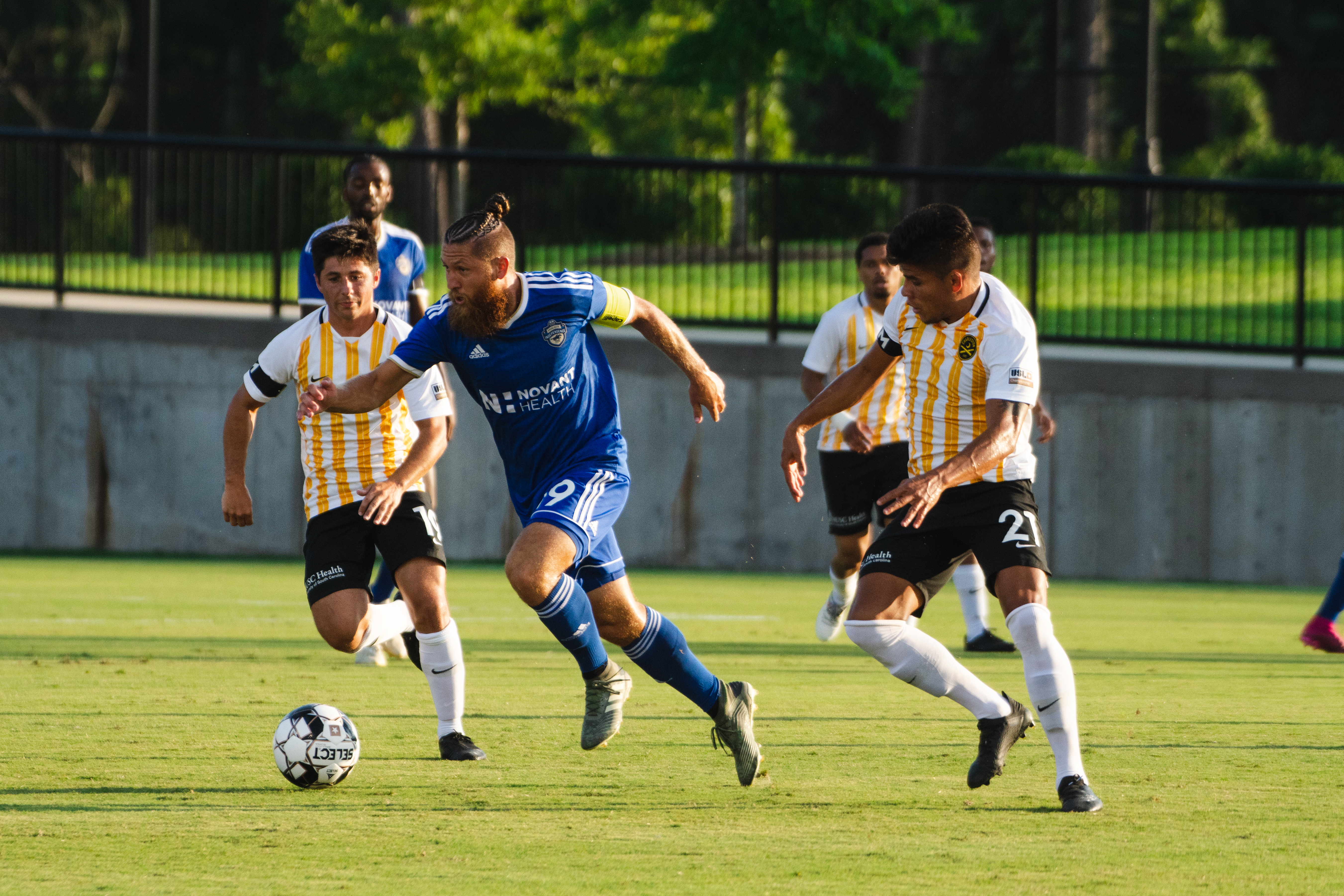 CHARLOTTE (Oct. 5, 2020) – With a 1-0 win over North Carolina FC on Saturday night, the Charlotte Independence will host a USL Championship playoffs match at the Sportsplex at Matthews for the first time in club history on October 10 (7 p.m. ET; ESPN+). This marks the Jacks’ third appearance in postseason play and first since 2017.

The Independence finished the USL Championship regular season in first place in Group G with a record of 8-4-4 (28 points) and secured the rights to host the Charleston Battery in the round of 16. The Battery finished second in Group H behind Tampa Bay with a record of 9-3-3 (30 points) and clinched their postseason berth on September 20 after defeating The Miami FC 2-0.

The first-round of the playoffs will be the second time Charleston has visited Charlotte this season. On August 8, the Battery visited the Sportsplex at Matthews and forced a 1-1 draw over the Independence. Dane Kelly scored the opener for the Jacks and a cross by Zeiko Lewis in the 42nd minute deflected off Independence defender Aaron Maund for the equalizing own goal.

The winner between Charlotte and Charleston will meet the winner of Tampa Bay and Birmingham in a conference semifinal from Oct. 16-18.

Due to mandated limited attendance restrictions and regulated physical distancing protocols, the Independence have finalized procedures for approximately 50 fans to have an exclusive access opportunity to attend the Jacks’ match with the Battery, through a unique fundraiser.

Fans can receive a maximum of four of the 50 invitations to watch #CLTvCHS in-person, by making a charitable donation of $100 per seat. Access for the Independence’s round of 16 match is now available and can be secured by emailing the ticket department at cwheat@queencitysc.com. Fans who have deposited money for the 2021 season at American Legion Memorial Stadium will receive first priority.

All net proceeds from the match will be donated to 16-year-old McKenna Woodhead and her family. McKenna, a local youth soccer player and 2019 U.S. Women’s National Team “SheBelieves” Hero award winner, was told by doctors she will be permanently paralyzed from the chest down following a watersport accident on June 25th, 2018. McKenna’s family has made updates on her status available at www.caringbridge.org/visit/mckennastrong/journal.

The overriding priority of both the club and the USL has been the health and wellbeing of everyone involved. Strict protocols have been put in place to ensure that the Sportsplex at Matthews is as safe as possible for everybody present. These protocols include safety measures such as temperature checks upon entry, physical distancing, and that masks/face coverings be worn throughout the Sportsplex at Matthews. Further details and procedures will be made available to the public later this week.

The Independence would like to thank our partners at Novant Health as well as all our community leaders, advocates, medical staff and volunteers that help on the front lines in our battle against Covid-19.

POSTSEASON FORMAT: The 16-team bracket will remain in a regionalized single-elimination bracket, with the four group winners in each conference earning hosting rights for the Eastern and Western Conference Quarterfinals. Following the opening round, hosting rights will be determined by regular season record.

Every game of the 2020 USL Championship playoffs will air on the ESPN family of networks, with broadcasts on ESPN2, ESPNews, ESPN Deportes and ESPN+ bringing all the excitement of the first league in the United States to return to play in home markets directly to homes across the United States. The USL Cup Final is set for Nov. 1 as those emerging from the East and West sides of the bracket clash in the league’s first game to be broadcast on ESPN.

For live match updates, follow @Independence on Twitter, or tune in as the match will air live on ESPN+.

In the fall of 2018, Queen City Sports Club and the Charlotte Independence signed a 10-year lease to move to American Legion Memorial Stadium following a revitalization of the historic landmark set for the spring of 2021.