Dane Kelly and Brandon Miller have been nominated for season-ending honors. 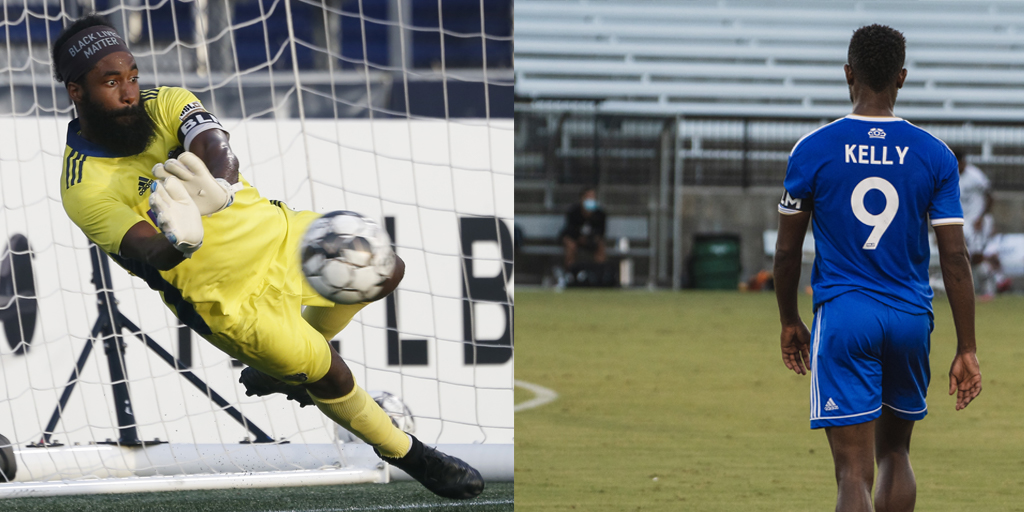 CHARLOTTE – The Charlotte Independence duo take their place among the leading performers nominated for the 2020 USL Championship season-ending honors.

Kelly, who is the Championship's all-time leading goal scorer, led the side with 11 goals and two assists that helped power the Independence back to the Championship Playoffs for the first time since 2017.

Miller, meanwhile, led the league this regular season with 61 saves and posted five shutouts in a standout campaign that saw him help the Independence secure the top spot in Group G and the first home playoff game in its history

The finalists for the 2020 USL Championship Awards were announced by the United Soccer League on Thursday, with the leading performers in five categories earning nomination after a historic 2020 campaign. The award winners will be announced between Wednesday, Nov. 4 and Friday, Nov. 6.

The 2020 USL Championship Awards were voted on by team management and a league-wide media panel that included representation from every USL market. 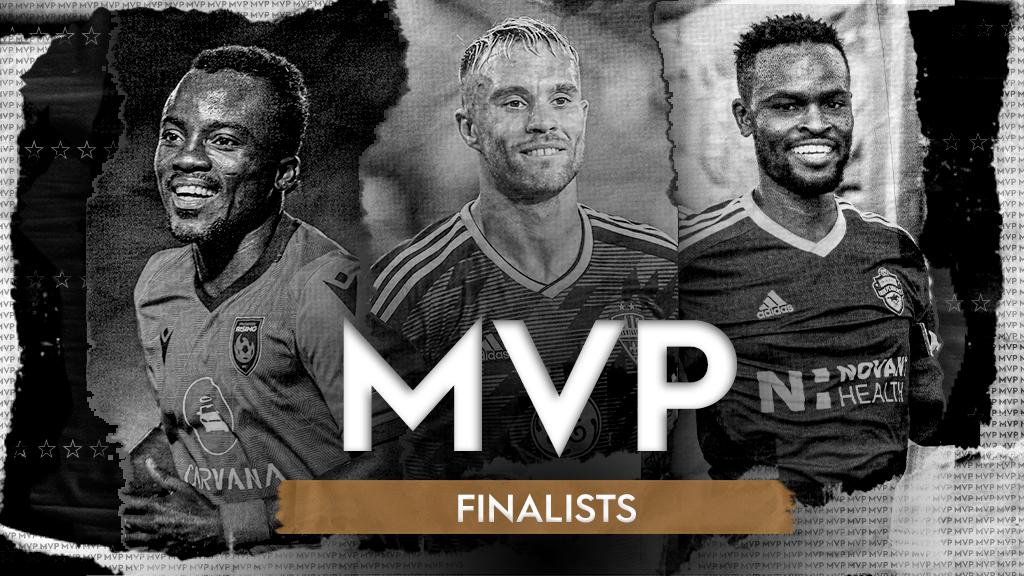 Solomon Asante, Phoenix Rising FC: Asante earned his second consecutive nomination for MVP after winning the award in 2019 as he became the first player in the Championship to claim the Assists Champion award with nine helpers on the regular season. Asante also notched six goals and led the Championship with 42 chances created as Phoenix finished tied for the league-high with 43 goals.

Dane Kelly, Charlotte Independence: A former MVP award winner in 2017, Kelly produced a stellar return to form in the 2020 season with 11 goals and two assists that helped power the Independence back to the Championship Playoffs for the first time since 2017. The Jamaican international has now recorded 88 regular-season goals in the Championship, where he remains the league’s all-time leading scoring.

Cameron Lancaster, Louisville City FC: A finalist for MVP in 2018, Lancaster had another outstanding season for LouCity as he recorded 10 goals and two assists to help lead the side to the best record in the Eastern Conference. Lancaster’s campaign saw him reach 50 regular season goals in the league, achieving the milestone in only 111 appearances. 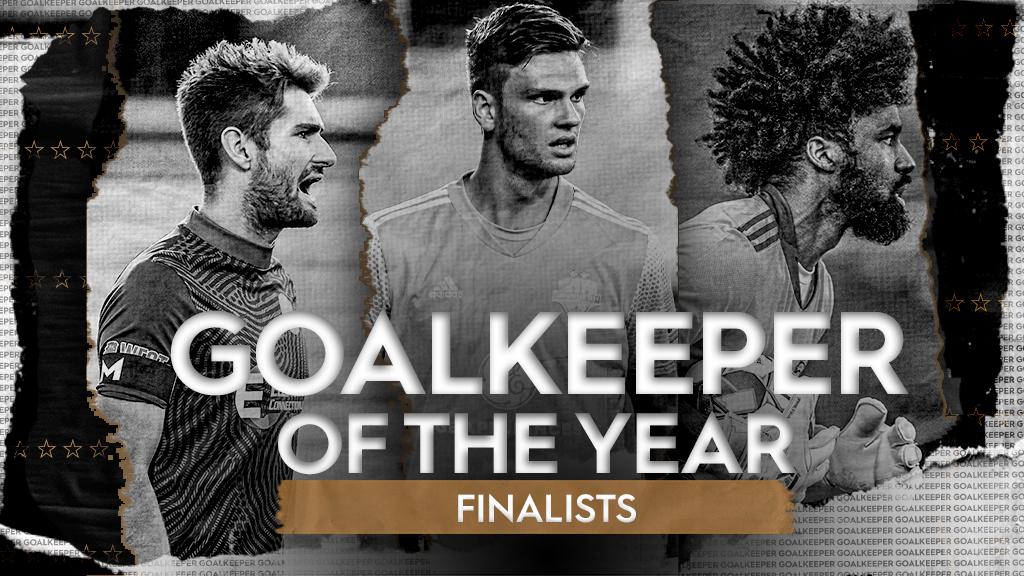 Ben Lundt, Louisville City FC: Lundt played every minute of the regular season as he helped LouCity earn the best record in the Eastern Conference. The German shot-stopper notched seven shutouts, posted a 0.87 goals-against average and a save percentage of 72.5 percent over the regular season.

Brandon Miller, Charlotte Independence: The Championship’s Goalkeeper of the Year in 2015, Miller led the league this regular season with 61 saves and posted five shutouts in a standout campaign that saw him lead the Independence back to the Championship Playoffs for the first time since the 2017 season.

Kyle Morton, Saint Louis FC: Morton earned nomination for a second consecutive season for Goalkeeper of the Year as his stellar play helped Saint Louis earn a place in the 2020 Championship Playoffs. He recorded 51 saves while posting a save percentage of 73.5 percent and notched two shutouts for the season.

Forrest Lasso, Tampa Bay Rowdies: The 2018 Championship Defender of the Year, Lasso played a key role in leading the Rowdies to the second-best record in the Eastern Conference, as the side posted a 0.71 goals-against average while he was on the field. The center back led the Championship with 86 clearances and won 61.6 percent of duels and 66.3 percent of aerials while also scoring three times for the side.

Kalen Ryden, New Mexico United: Ryden’s talent and experience made him a key centerpiece to the club’s improved defense that saw its goals-against average drop from 1.67 in 2019 to 1.13 in 2020. Ryden individually recorded 16 blocked shots, tied for third in the Championship, and led United with 63 clearances and 26 interceptions.

Sean Totsch, Louisville City FC: Totsch came to the fore in the middle of LouCity’s defense for his best individual season of his career so far. The North Dakota native led Louisville in winning 93 duels and 35 aerials and also led the side with 29 interceptions and 41 clearances as LouCity posted a 0.65 goals-against average when he was on the field.

John Hackworth, Louisville City FC: In his second full season at the helm, Hackworth guided his side through a difficult resumption of the season to the best record in the Eastern Conference. LouCity ended the regular season on an 11-game undefeated streak and six-game winning streak as it conceded the third-fewest goals in the league in the regular season.

Troy Lesesne, New Mexico United: After leading United to the postseason in its inaugural season, Lesesne helped guide the team to new heights as it returned to the playoffs with an improved defensive record and strong attacking play. The greatest accomplishment of New Mexico’s campaign, however, was that it was achieved as the side played every game beyond the state’s borders due to health protocols.

Ian Russell, Reno 1868 FC: Russell earned a nomination for a second consecutive season as he led 1868 FC to the best record in the Championship for the first time in the club’s four-season history. Reno finished tied for the Championship lead with 43 goals in the regular season as Russell individually passed 60 regular-season victories as a Head Coach.

Jose Gallegos, San Antonio FC: Signed to a professional contract before the season, the former USL Academy standout had a bright year for his hometown club. Gallegos recorded two goals and three assists and finished tied for the team-lead with 23 chances created while also completing 41 dribbles, second-most in the Championship.

Wilson Harris, Sporting Kansas City II: After an outstanding conclusion to the 2019 season, Harris picked up where he left off this season as he finished tied for 11th in the Championship with eight goals. The 20-year-old became the youngest player in Championship history to record 20 career goals, and recently signed as Sporting Kansas City’s newest Homegrown Player.

Hayden Sargis, Sacramento Republic FC: Just 18 years old, Sargis stepped into the Republic FC back line and quickly adapted to the professional level despite not having previously appeared at the senior level for the club as an Academy signing. Sargis made 14 appearances in the regular season and made 46 clearances, 15 interceptions and six blocks, and has been tagged as a potential club captain of the future by Head Coach Mark Briggs.

In the fall of 2018, Queen City Sports Club and the Charlotte Independence signed a 10-year lease to move to American Legion Memorial Stadium following a revitalization of the historic landmark set for the spring of 2021.