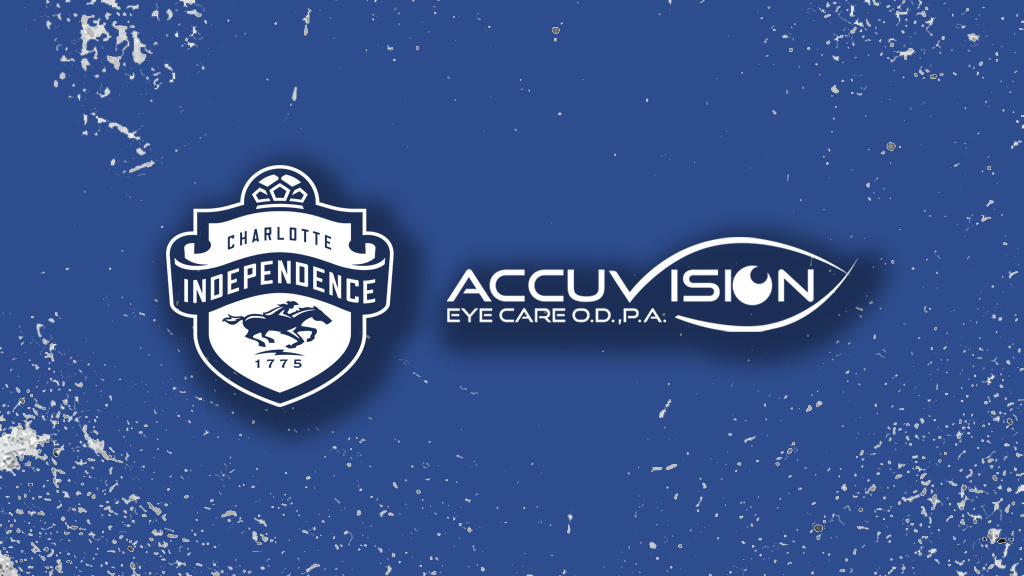 Accuvision Eye Care has been a partner of the Jacks since 2019, during which time it has worked closely with the club to use the partnership to serve the entire Charlotte region and deliver exceptional eye-care for Independence fans and families.

As part of the extended and enhanced relationship, Accuvision Eye Care will make use of prominent matchday visibility at American Legion Memorial Stadium and on Independence channels to strengthen brand awareness.

With a strong line-up of benefits and assets from the Independence and the added reach and direct marketing capabilities to the 12,000+ families affiliated with Independence Soccer Club, Accuvision Eye Care will use the partnership to invest in making the community a better place to live, while growing its brand and services.

Commenting on the renewal, Tim Schuldt, President & COO at Charlotte Independence, said: “We’re thrilled that our partnership last year was successful, and that Accuvision Eye Care will be with us for four more years. They’re a leading service provider in our community and a terrific group of folks to work with, modeling tremendous generosity and exceptional customer service every day.”

“They’re a tremendous partner who shares in our values of serving this community,” stated Thomas Finlay, Independence Soccer Club’s Chief Executive Officer. “We appreciate the confidence they’ve shown in our organization to help them grow their business in the greater Charlotte region.”

Dr. Keith Pawlish, owner, Accuvision Eye Care, said: “Last year our partnership with the Charlotte Independence pro and youth organization was our first effort. We were thrilled with the results and look forward to partnering for the next four years, as we grow our Accuvision Eye Care brand and services.”

“We are also excited to launch the Accuvision LASIK Center with the best surgeons in the region and our partnership with the Independence is a great way to make people aware of that new service.”

ABOUT ACCUVISION EYE CARE: Accuvision Eye Care is the local eye specialist for all your optometry needs. We believe in ensuring our customers with the best eyesight and secure overall health issues. Our aim is to make you feel great, healthy and confident. We proudly serve our quality eye care facilities in Charlotte NC, Matthews, Gastonia, Concord, Winston Salem, Mooresville, Belmont, and Hickory. The services also include 24 independent eye care providers to ensure your family’s eye care needs. We offer contact lens examinations to general eye care, contact lens fittings, prognosis and assess overall eye health. We accept walk-ins, same day and online scheduled appointments. Accuvision Eye Care also assists in insurance and discount plans. We are recognized as a leader in our industry. For more information visit us at www.accuvisioneye.com.