Clay Dimick sat down with charlotteindependence.com for an exclusive interview to discuss his return to the club. 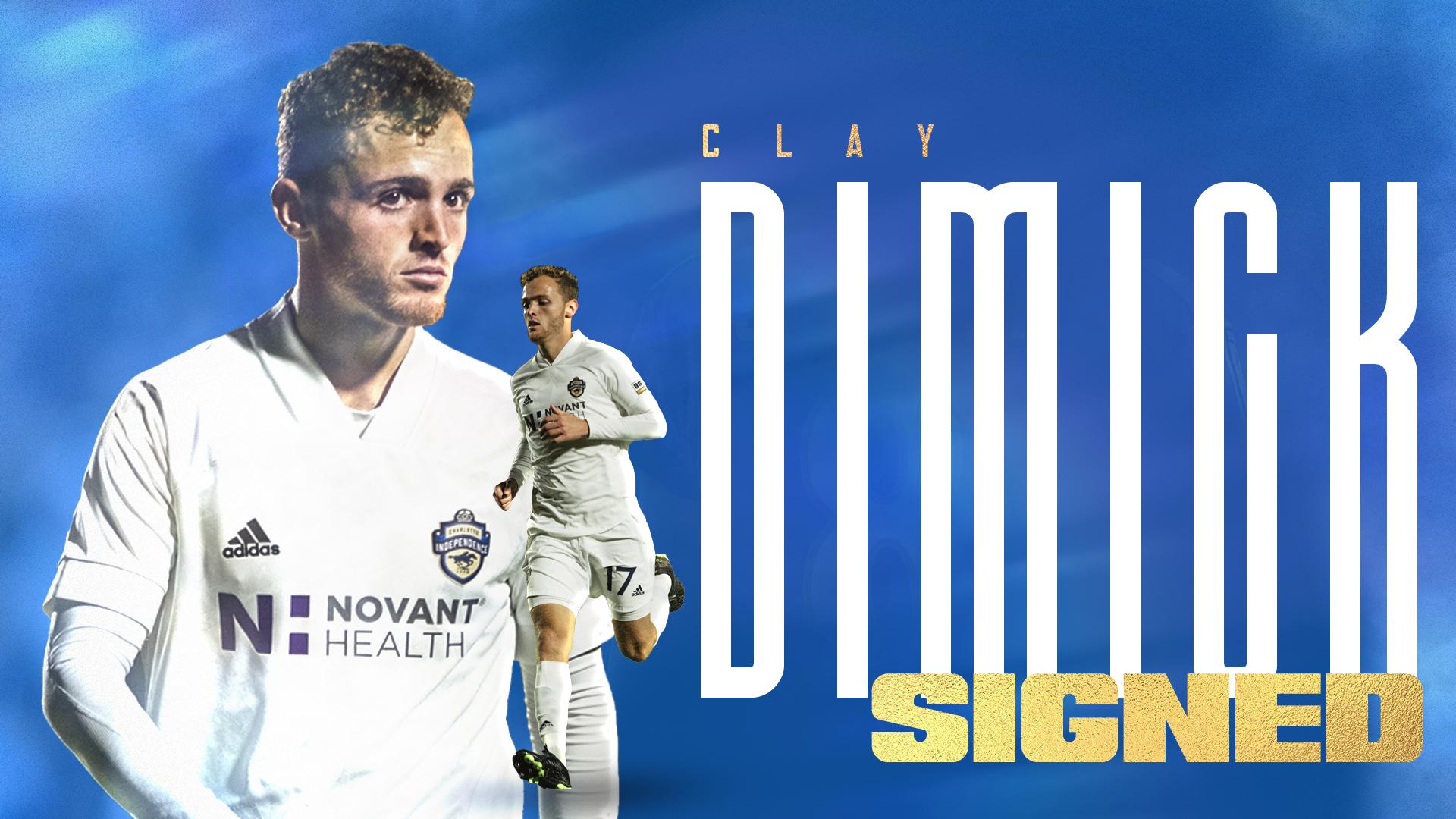 February 4, 2021 (CHARLOTTE, N.C.) — Charlotte Independence announced this week that defender Clay Dimick has signed a new contract and will be returning to the club for the 2021 season, pending league and federation approval.

At 26, Dimick is ready to take the next step in his career and is confident that staying with the Independence will provide the opportunity to do so.

After signing a new contract, Dimick sat down with charlotteindependence.com for an exclusive interview to discuss his return.

Read our exclusive chat with Dimick below...

Clay, firstly, welcome back to Charlotte Independence. Can you describe how you’re feeling today?

Obviously, I'm very excited to be back. We had a good year last season and I feel like we have a lot of potential to go even further and hopefully win a championship. I was pumped to get the deal done and stay in Charlotte which is a city that feels like home to me.

Why is this the right move for you now at this stage of your career for your development?

Do you feel ready to compete and fight for a consistent place in the starting lineup?

For sure. I see myself coming in and competing, hopefully being a starter, and helping the team in any way that I can.

Describe your feeling knowing that you will be playing in the club's first season at the brand new American Legion Memorial Stadium...

That's the dream. To be able to play in the city and hopefully have more fans come out to the games because it is more convenient uptown is just going to be an awesome experience and atmosphere. As a player, you couldn't really ask for more than that, to play in the heart of the city with an incredible atmosphere. It's definitely the dream for a player in the city.

You were just married. Just re-signed with the Independence. Not a bad start to the year…

Absolutely. Definitely a good start to the new year. A lot of good things happening that I am super thankful for.

You’re sticking with the number 17. Was there any particular significance behind that?

Honestly, I was just handed it in 2019 during my rookie year and now that my friends, family, and the fans know me as number 17 I'm just going to stick with it. I like it.

You spoke earlier about working with the coaching staff, just how much are you looking forward to working with Mike Jeffries again?

I'm really looking forward to it. I've gotten comfortable with them in a way that I feel like they know how to get the most out of me as a player. They know how I need to develop and what I need to do to continue to push on to help the club and continue my career. With a coaching staff like that, I am really excited.

For the supporters reading this, what can Independence fans expect from you next season?

They can expect the same mentality from me that they have seen in the past two years. On the field, I am going to do whatever I can to win and help the team. Hopefully, they will see a lot of the improvements that I have been working on in the offseason. They can always count on me to give my all and do whatever I can to help us win games and win a championship.

Any specific message to the supporters?

I can't wait to see everyone in the stands. I hope everyone is staying healthy. This year can be a championship year for Charlotte.