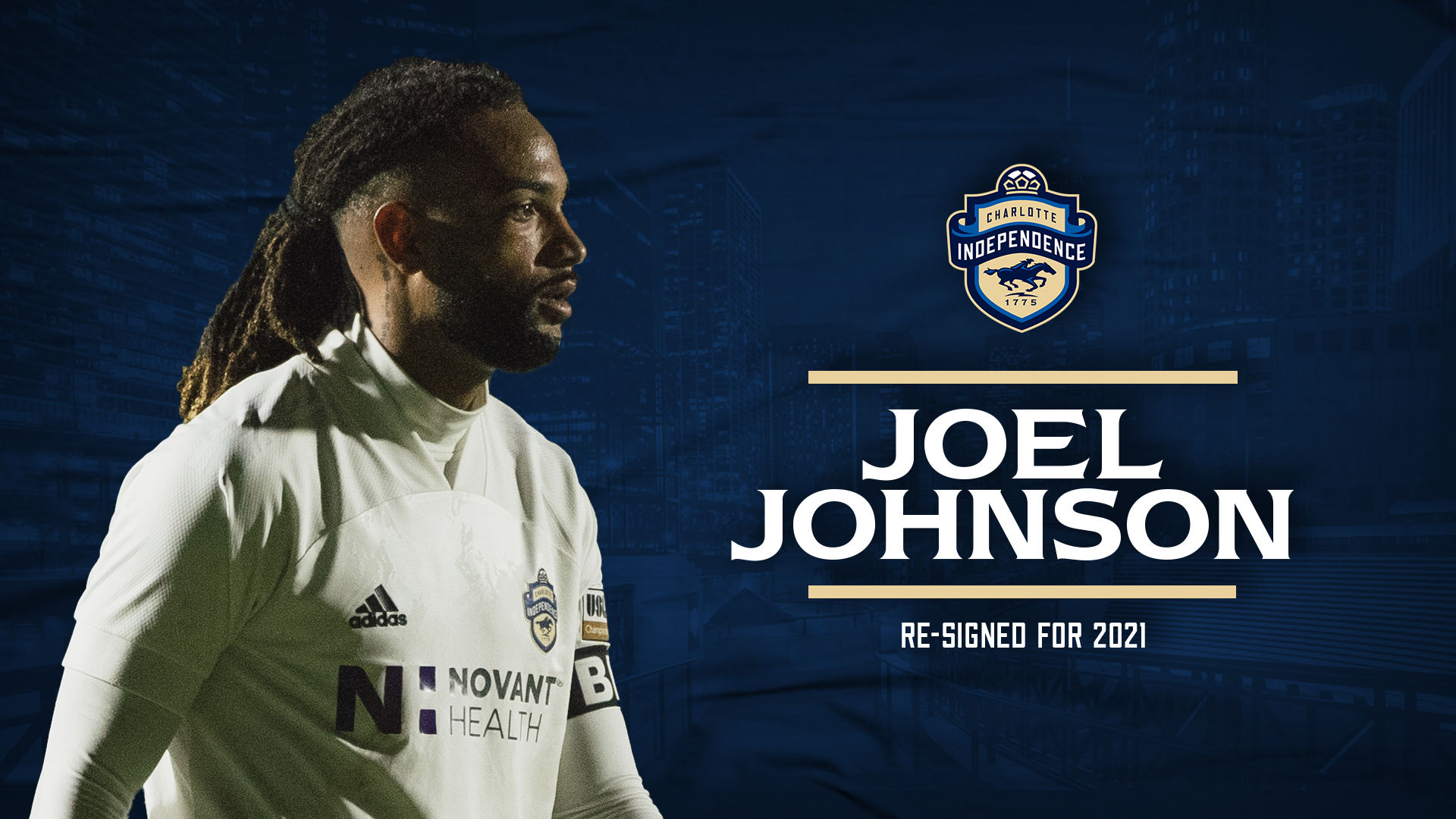 March 25, 2021 (CHARLOTTE, N.C.) — Charlotte Independence announced today that defender Joel Johnson has signed a new contract and will be returning to the club for the 2021 season, pending league and federation approval.

“I am very happy to be back with the Independence and help the team,” said Johnson. “I’m also excited for us to move to American Legion Memorial Stadium this season and I will do all I can to make us Champions.”

“It’s fantastic to have Joel back,” said Independence Head Coach Mike Jeffries. “He has been a mainstay of our group for more than five years. He is a tremendous asset on the right flank and his ability to play on both sides of the ball is at the top of the USL Championship. We look forward to having him back for 2021.”

Prior to joining the Independence, the Liberia international spent the 2017 season with Real Jaén of the Spanish Segunda Division B, making 16 appearances and recording 1,267 minutes.

Johnson, born in Spain, joined Valencia CF’s youth system at an early age and progressed through the ranks, making his professional debut with Valencia B at 17. He would go on to make 69 appearances for the Spanish third division side, recording 3,440 minutes from 2009-12. In 2010, he made his La Liga debut in a 0-0 draw with Racing de Santander.

Johnson moved to Real Madrid C in 2012 and made 50 appearances, before signing with Real Jaén in 2014.