18-year-old midfielder is the first member of the 2021 Independence roster to sign an academy contract. 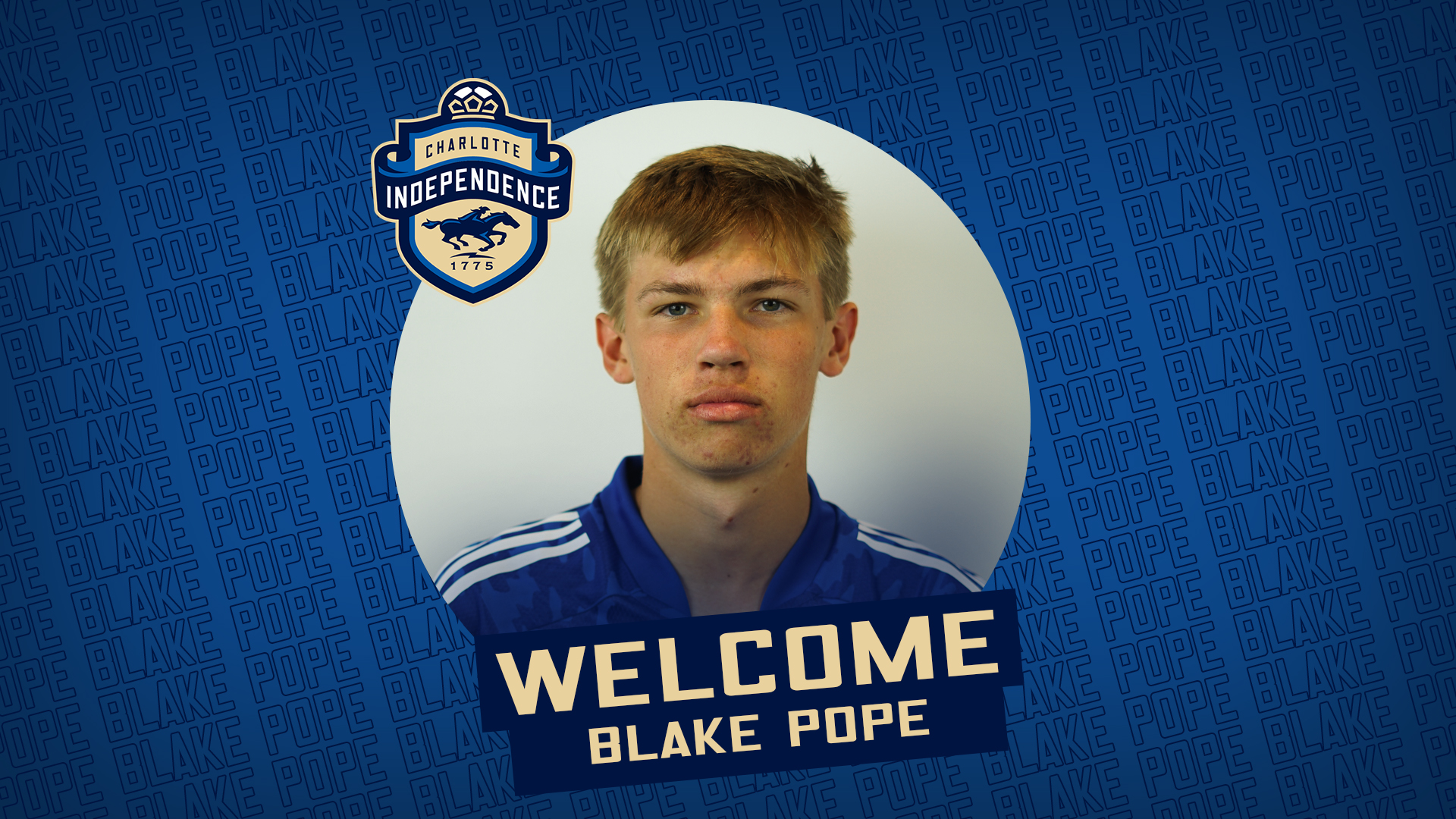 April 29, 2021 (CHARLOTTE, N.C.) — The Charlotte Independence continues its youth developmental success with the signing of midfielder and Charlotte Independence Soccer Club standout Blake Pope to a USL Academy contract, pending league and federation approval. Pope will be eligible for action with the Independence as the 2021 USL Championship season kicks off for the Jacks on Saturday, May 1 vs. the Tampa Bay Rowdies.

“Blake came in with us at the start of preseason and has proved to be up to the speed of play,” said Charlotte Independence General Manager and Head Coach Mike Jeffries. “He offers an interesting dynamic in terms of his pace and technical ability. He has a great engine, works really hard, and we think he is a guy that can compete for time on the field as the season goes on.”

“I am very honored and excited to be able to wear this badge and represent this amazing city,” said Pope. “Ready to do what it takes to win. Super excited to learn from the staff, my new teammates and the veterans in the locker room.”

Pope currently plays for Independence Soccer Club’s U19 Pro Academy and will be joining the Charlotte 49ers men's soccer program to continue his soccer career as a student-athlete.