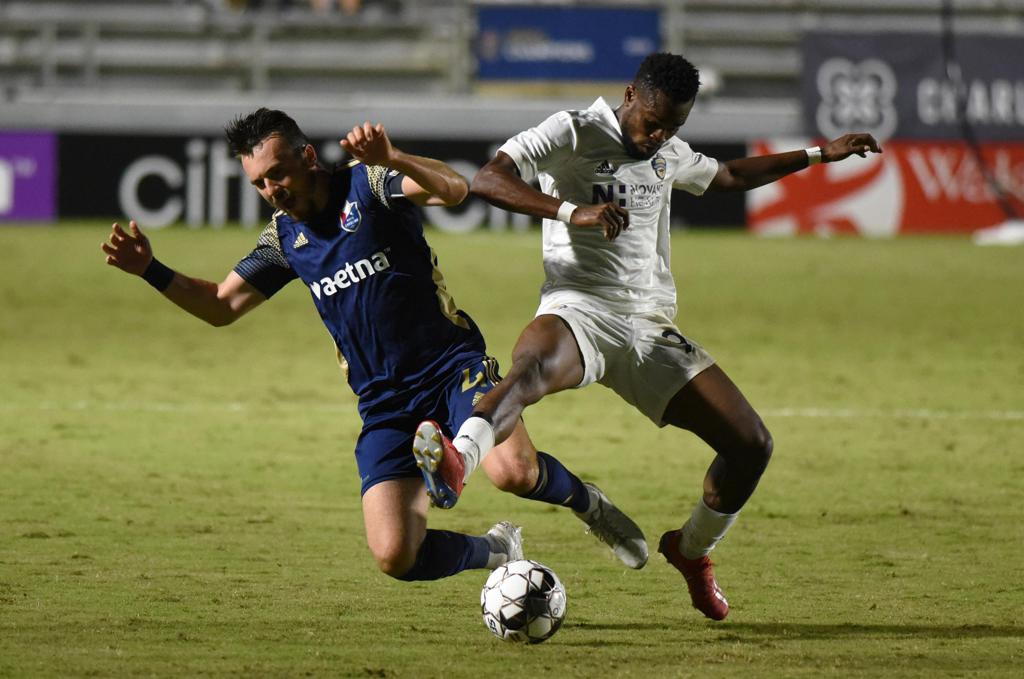 CHARLOTTE, N.C. (May 19, 2021) - The Charlotte Independence announced today that forward, Dane Kelly, has re-signed with the club for the 2021 season. The new addition finalizes the striker selection for the Jacks and adds another level of scoring potential to an already strong and agile roster of players.

“Being able to bring Dane back to the Independence for 2021 is a major coup for our organization,” stated Charlotte Independence General Manager and Head Coach, Mike Jeffries. “Dane was an integral part of our success last year; he represents the finishing element to our roster and will mesh seamlessly with our current group. I am excited about Dane rejoining us and continuing to add to his USL Championship leading tally.”

Kelly played 16 games with the Jacks during the 2020 season totaling 1,344 minutes played. He notched 11 goals with 47 shots on frame. As the marquee scorer of the USL Championship, Kelly holds the regular-season scoring record with 88 goals which have come in 205 appearances, where he ranks fourth all-time.

“I am excited to be back for another season with the Charlotte Independence,” said Kelly. “We made a great playoff run last year, so I look forward to reconnecting with teammates on the pitch and picking up where we left off.”

Kelly most recently competed for Ihud Bnei Sakhnin of the Israeli Premier League, where he recorded 17 appearances over recent months and scored once in domestic cup competition Gavia haMedina. He returns to the Independence looking to add to a record that has seen him be named three times to the Championship’s All-League Team and on six occasions record double-digit goals in a season.

In 2017, Kelly claimed both the league MVP award and the Championship Golden Boot with an 18 goal season. Following his record-setting season with Reno 1868, Kelly earned a MLS contract with D.C. United and received his first call up to the Jamacian National team. Since 2018, the Saint Catherine Parish, Jamaica native has capped four times for the Reggae Boyz, scoring two goals.

Kelly began his career with the Jamaican side Tivoli Gardens in 2010, but joined the Charleston Battery to begin the 2011 season and would stay with the club for five years. The following season, he signed with Swope Park Rangers.

TRANSACTION: Forward Dane Kelly re-signs with the Charlotte Independence for the 2021 season.