The Jacks lone goal came off a free kick from #4 Jake Areman. 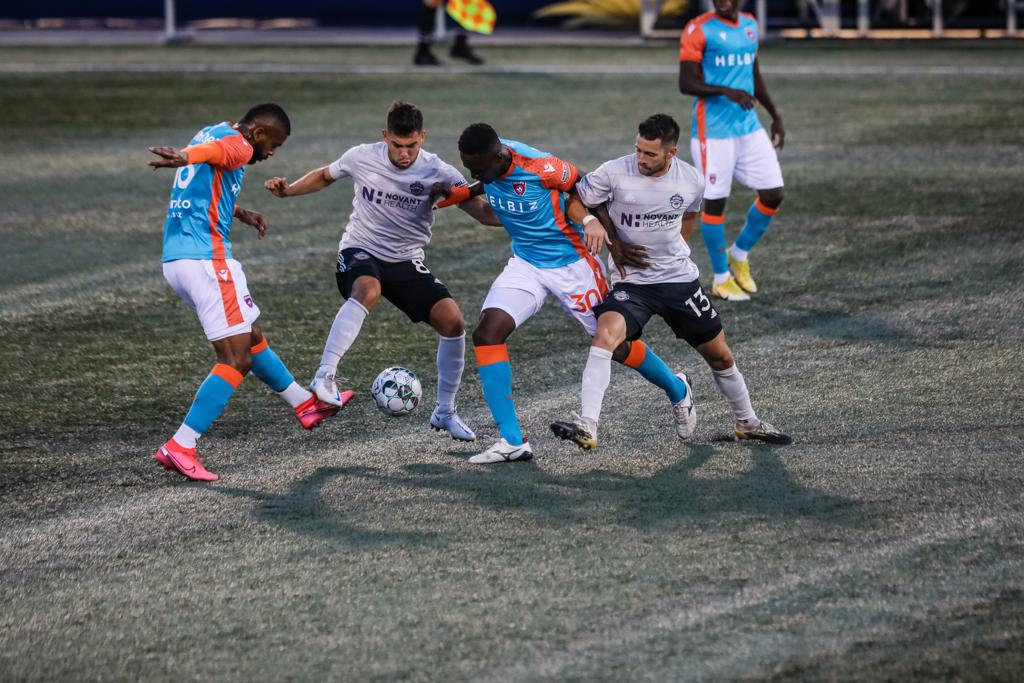 MIAMI, F.L. (May 29, 2021) - The Charlotte Independence fell 2-1 to Miami FC tonight after a hard-fought battle at Riccardo Silva Stadium. The Jacks will host their first home match of the season next week on Saturday, June 5 vs. Tampa Bay Rowdies at the Sportsplex at Matthews. Kickoff is scheduled for 7:00 PM (ET).

#19 Enzo Martinez made his return to the starting lineup tonight after recovering from a pre-season injury. It wouldn’t take long for the Captain to make an impact on the game playing a through ball to leading scorer #9 Irvin Parra in the 6th minute. Parra’s cross was too far, soaring over the head of #8 Marcelo Palomino.

Both teams worked hard, battling from end to end, for a majority of the half. Miami broke through in the 24th minute with a chip over the top from #7 Billy Forbes and a volley finish from #17 Sean McFarlane. The Jacks concluded the half with several opportunities coming out of midfield including a shot from Martinez and a cross from #17 Clay Dimick. The Jacks went into halftime down by one goal.

The second half led to an early free kick for the Independence after Parra drew the foul just outside the box. #4 Jake Areman stepped up to take the kick, bending it over the wall and knocking it in off the post. The goal tied up the score 1-1. The match was all square until the 74th minute when a miscommunication at the Jacks back line led to a an open net and an easy finish for #21 Adonijah Reid. Miami secured the win, 2-1.

“I think we need to take a look at ourselves and be very critical of each individual performance,” stated Charlotte Independence Midfielder, Enzo Martinez. “I really hope that we learn something from today, especially the fact that we can’t let go of these opportunities. It’s early in the season, but these games make a big difference at the end. We will stay together, strong as a team, but most importantly hold each other accountable this week to get it done Saturday.”

“We didn’t play at a consistent enough level tonight and made too many mistakes on the road to come away with points,” stated Charlotte Independence General Manager and Head Coach, Mike Jeffries. “It’s disappointing coming off two games where our concentration was really good. It’s a good team and a tough situation to play in. I think we know that we’re capable of better performances. Going into Tampa, it’s going to be a big game, our home opener, and I have no doubt the guys will be up and ready for it.”

Next on the Schedule: The Independence are set for a re-match against the Tampa Bay Rowdies in their first home game of the season on Saturday, June 5 at the Sportsplex at Matthews. Kickoff is set for 7:00 PM (ET).