#9 Irvin Parra scored the Jacks only goal in the 2nd minute. 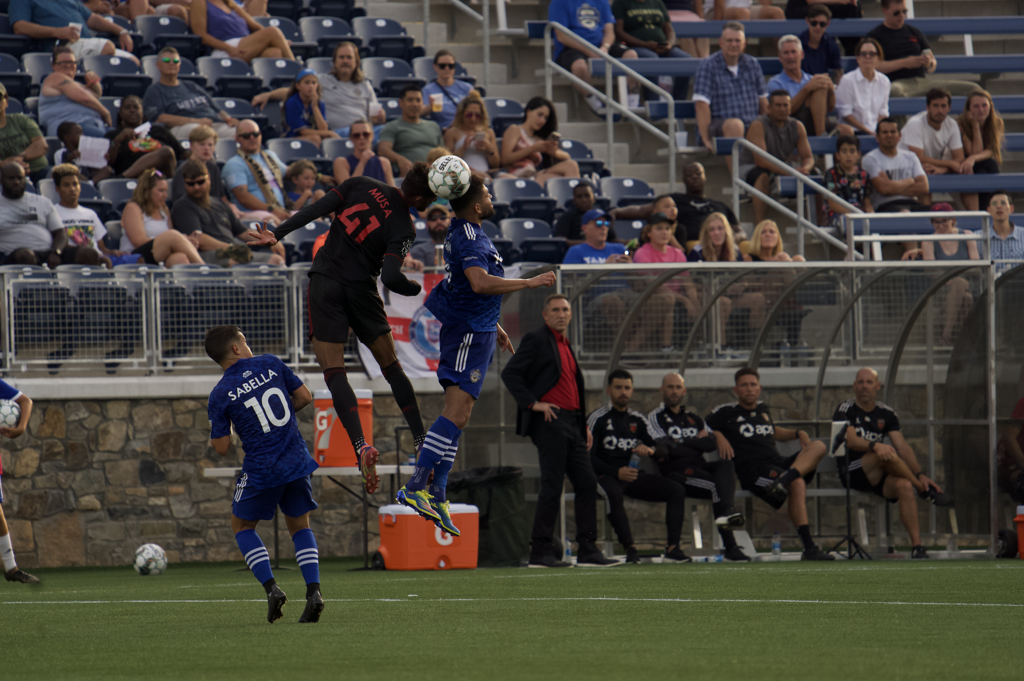 CHARLOTTE, N.C. (July 10, 2021) - The Charlotte Independence and Phoenix Rising FC scored a goal a piece in tonight’s 1-1 draw at American Legion Memorial Stadium. The Jacks will be back at home on Saturday, July 17 for their third matchup vs. New York Red Bulls II. Kickoff is scheduled for 7:00 PM (ET).

In his first start of the season since joining the team a few weeks ago, #56 Sylvain Marveaux got the Jacks off to a hot start. He led a counter attack in the 2nd minute, finding #9 Irvin Parra on a slotted pass through two Phoenix defenders. Parra scored on the play and the Independence took the early lead, 1-0.

When asked about how it felt to get his first start, Marveaux stated: "Felt good. I haven't been playing for a while, a lot of good stuff to bring to the pitch but obviously I need to pick up my condition a little bit. I was happy for the assist. I should've scored a goal as well, but other than that we played a good game and I was happy to be there."

Phoenix Rising FC bounced back in the 21st minute off a pass from #14 Aodhan Quinn who found #56 David Egbo right in front of goal. His goal tied the game up at 1-1.

The Independence had several more great opportunities in the first half which developed from the back line with #88 Christain Dean. He played two great balls in the box, but the Jacks were not able to capitalize. The half remained, CLT 1 - PHX 1.

There were opportunities at both ends of the pitch throughout the second half, but Independence Goalkeeper #1 Austin Pack made a number of big saves on the night to keep the Jacks in the game. The most impressive came in the 49th minute off a Phoenix free kick. The shot, taken by #14 Aodhan Quinn, went diving over the wall and towards the bottom right corner. Pack came up with the diving save in what was also his first start of the 2021 season.

"Obviously I am excited to play, and it's been a long time coming,” stated Pack. “It's my second year with the club and last year with Covid I didn't get the opportunity to play. A longer season this year and they gave me the game and I was excited to be on the field and finally get my minutes in."

"Felt good overall on the performance,” stated Independence Head Coach, Mike Jeffries. “I was disappointed to get a tie at home, but we played really well and had enough chances to get to 2-1 in the first half. We weren't able to do it and then we managed the game much better the second half tonight. Clearly tired legs and we were fighting to get through it. I thought we did a pretty good job of limiting Phoenix, a very good and talented group. Unbalanced, fair and we'll take a lot of positives from it."

NEXT ON THE SCHEDULE: The Charlotte Independence take on New York Red Bulls II on Saturday, July 17 at American Legion Memorial Stadium for Military Appreciation Night. Kickoff is scheduled for 7:00 PM. Visit our website to purchase tickets: https://bit.ly/3f5u6ji.