Previously scheduled for Saturday night, the match has been postponed to a later date. 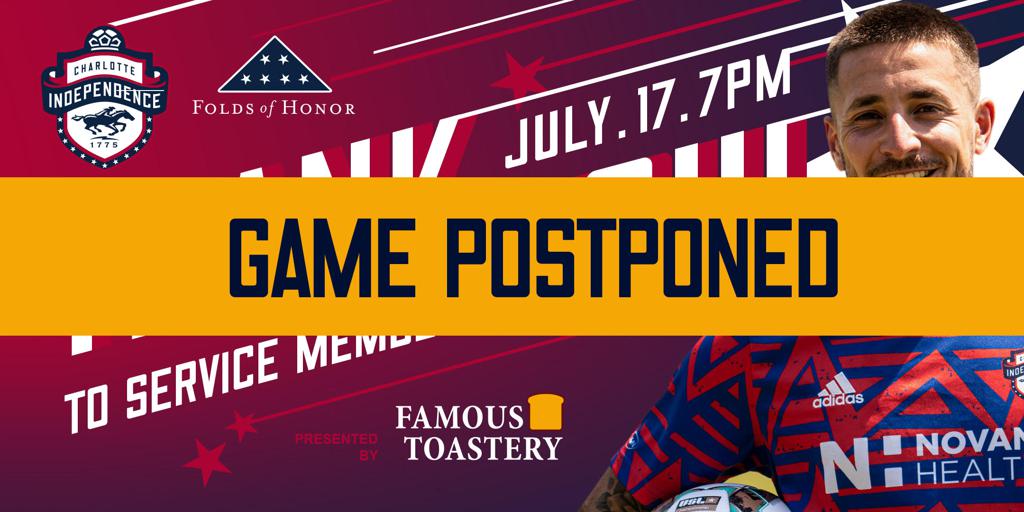 Proceeding with an abundance of caution, the postponement comes after a covered person in the New York Red Bulls II organization tested positive for COVID-19, as part of weekly routine testing.

Contact tracing has been conducted and the individual has been immediately isolated at home, is demonstrating no symptoms, and is in good spirits under the care of team physicians. All league, local and state health and wellness protocols are being followed.

“First and foremost, we wish the affected Red Bull player a full and speedy recovery. Their health and our players’ health is the top priority here. We look forward to the Red Bulls return and facing them in the future. For our fans, our veterans and our partners at Famous Toastery and Folds of Honor, we share your disappointment. We had a memorable Military Appreciation Night planned. Rest assured, we will reschedule our Military Appreciation Night and deliver on all that we planned and promised. Our veterans deserve that and so do our fans who were so excited to come,” stated Charlotte Independence Team President, Tim Schuldt.

Tickets to tomorrow night's postponed game will be honored at the soon-to-be-announced replacement date after consultations with the league and the New York Red Bulls.

More information on a rescheduled date will be provided as available.