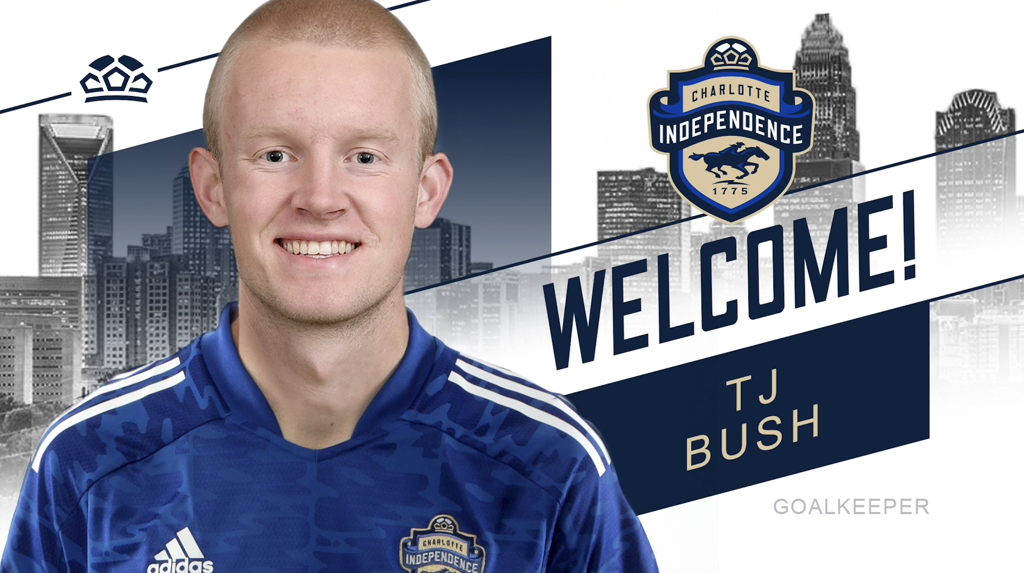 CHARLOTTE, N.C. (July 22, 2021) - The Charlotte Independence announced today that they have signed their third goalkeeper, TJ Bush. Bush is a recent graduate of James Madison University where he recorded 191 saves over the course of his collegiate career.

“TJ is a promising young goalkeeper with a strong athletic profile,” stated Charlotte Independence Head Coach, Mike Jeffries. “We believe he has a strong upside in the game and are delighted to sign him to his first professional contract. He meshes well with our current goalkeepers and brings a strong work ethic and willingness to learn to training each day.”

Throughout his 2020-21 season at James Madison University, Bush made 30 saves and recorded five shutouts while only allowing four goals. He was ranked third in the country in save percentage (.882) and fifth in goals against average (.417) at the end of the Spring season.

In 2019, Bush played 21 games, for 1,918 minutes, made 61 saves, and held a .753 save percentage which included 8 shutouts. He collected a career-high seven saves against No. 1 Wake Forest including a penalty kick which kept the score 1-0.

As a redshirt sophomore in 2018, Bush competed in 23 games, for 2,163 minutes, made 55 saves, and held a .809 save percentage with 13 shutouts. He set the single-season individual shutout record (12) in a match against High Point University.

He competed in his first season with James Madison University in 2017 as a redshirt freshman where he started in 13 games and posted 5 shutouts.

Over the course of his collegiate career, Bush played in 66 games with a record of 38-18-10. He currently holds the record for career shutouts at James Madison University with 30.

“I’m excited to be joining such a great and talented group of guys,” stated Bush. “I’m looking forward to learning from their experience and contributing in any way I can!”