Come out to American Legion Memorial Stadium on Saturday, September 18 for the chance to win a Land Rover Defender! 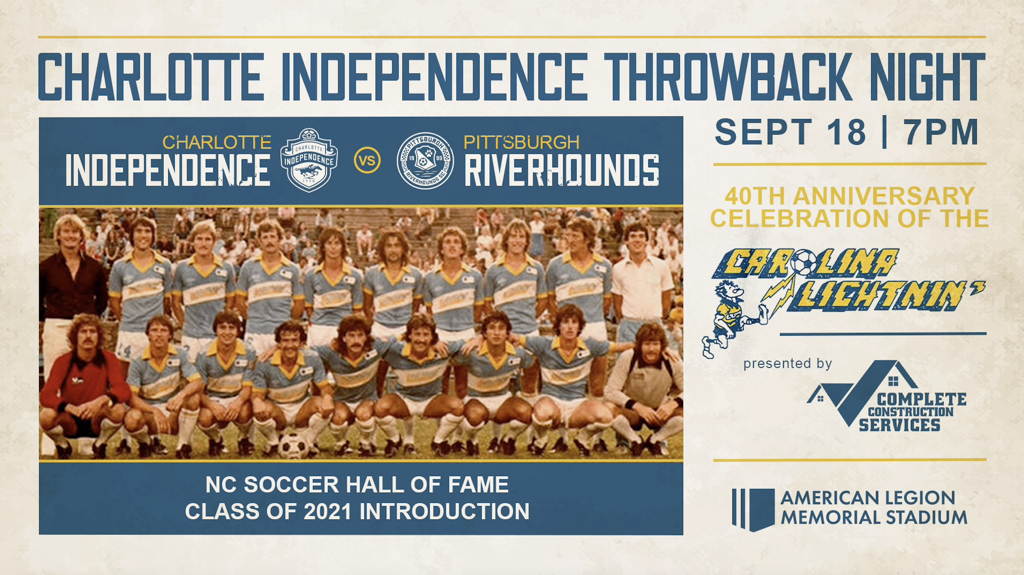 The tradition continues on September 18, 2021, with the “LUV THAT LAND ROVER” contest at the Charlotte Independence pro soccer match at American Legion Memorial Stadium, where the Carolinas Lightnin’ will be celebrating the 40th Anniversary of their ASL Championship.

Click the links below for more information on contest rules and how to enter! 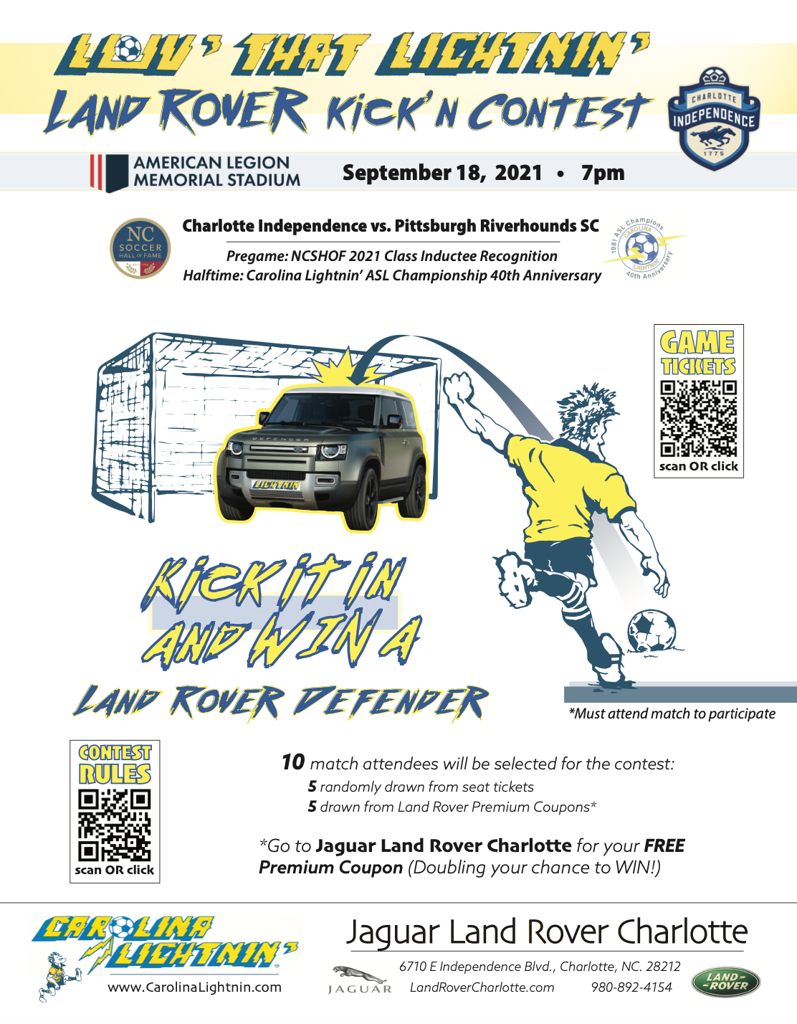 The Carolina Lightnin' an American soccer club based in Charlotte, was a member of the American Soccer League (ASL) from 1979 to 1983. The Lightnin' played at Memorial Stadium and were the first pro soccer team in the Carolinas.

In 1981 they won the ASL Championship with 20,163 attending the Final. Combining entertainment and promotions with sports was nationally recognized and still is today for their innovated marketing efforts.

Charlotte and Carolinas pro sports acknowledge and credited Mr. Benson and the Lightnin’ as paving the way for their efforts. The Lightnin’ continues to remain relevant, recognized and remembered today.