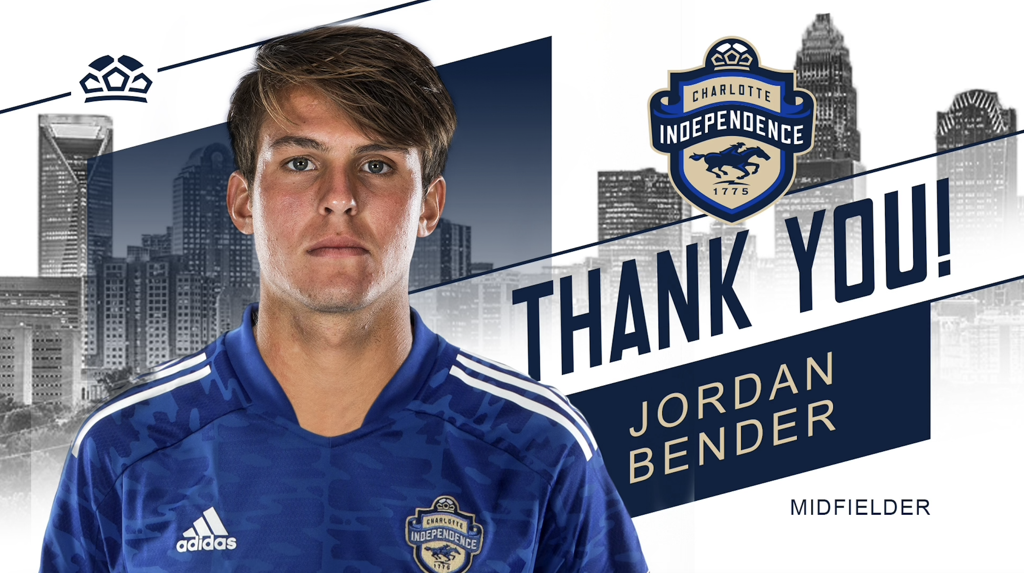 CHARLOTTE, N.C. (September 1, 2021) - The Charlotte Independence announced today that midfielder Jordan Bender has been recalled by Major League Soccer’s Orlando City SC from his loan with the club.

A Florida native, Bender played in 15 games for the Jacks including a pair of starts and saw 345 minutes of action. He tallied two shots on target and had a passing accuracy rate of 74.8 percent while making two interceptions and four clearances defensively.

The Independence (8-8-3, 27pts) are currently in fifth place in the USL Championship’s Atlantic Division. Their next home game is on Saturday, September 4 for Military Appreciation Night. The team will face The Miami FC at American Legion Memorial Stadium. Kickoff is scheduled for 7:00 PM (ET). Click here to purchase your tickets.