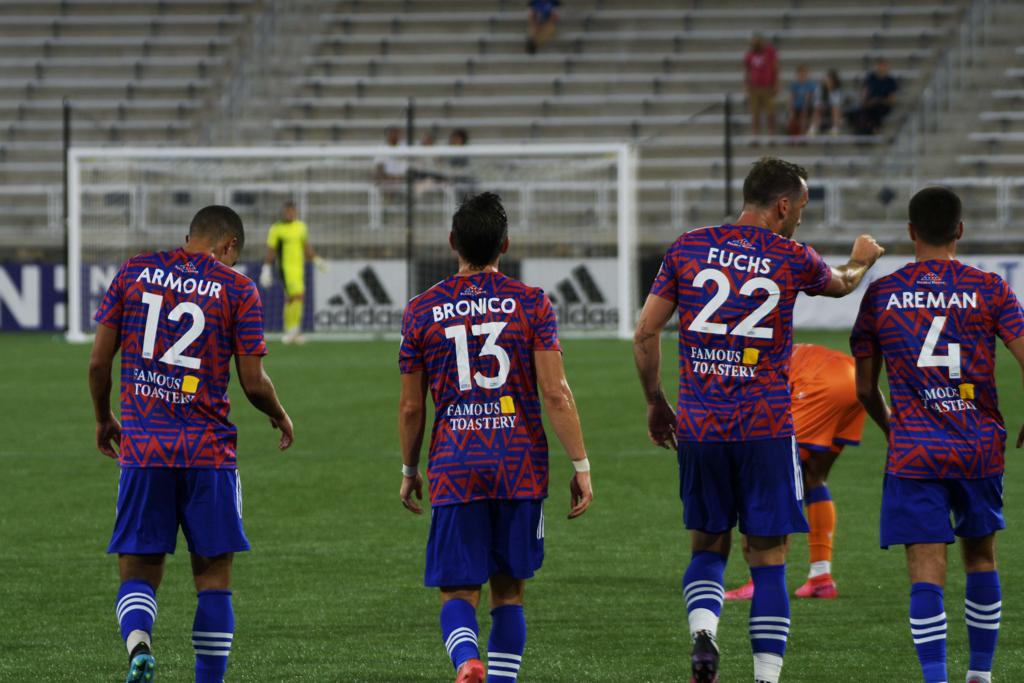 CHARLOTTE, NC (September 4,2021) - The Charlotte Independence ended tonight’s match against The Miami FC with a 2-2 draw at American Legion Memorial Stadium for Military Appreciation Night. The team plays next at Loudoun United FC on Wednesday, September 8. Kickoff is scheduled for 7:00 PM (ET). Watch on ESPN+.

The Jacks got off to a quick start in the first half, dominating the run of play, which led to ample opportunities on goal and strong defense pressure from the backline. In the 13th minute a cross from #7 Joel Johnson went to #19 Enzo Martinez whose strike gave the Independence their first shot on goal, but it was saved by Miami keeper #24 Connor Sparrow.

The momentum continued to build confidence, and in the 19th minute #56 Sylvain Marveaux sent a cross over to #9 Irvin Parra who headed it in for the first goal of the night giving the Jacks the lead 1-0. After lots of back-and-forth play, and 2 missed opportunities, Martinez was able to find the back of the net when he went 1v1 with the goalie and chipped it in. #1 Austin Pack saw his fair share of action in the first half coming up with a couple of major saves to keep the score 2-0 going into halftime.

“We’re creating chances and converting those. The whole year, with exception to a few games, we create a lot of chances whether we actually score or not. It comes down to the games that we give up goals," stated Martinez. “We tend to give up more than one goal. It is either a clean sheet or we are giving up multiple goals. That is something that we have to figure out. It’s not an issue of the back line, we give up goals as a team. That is something we have to look at and fix."

Charlotte kept the momentum going into the second half, but struggled to capitalize. The Independence were able to get two balls into the box, but both were saved by the goalkeeper. In the 63rd minute, Miami FC notched their first goal of the night by #5 Paco Craig.

The Jacks, still looking for another goal, found Martinez who sent a ball into #29 Dane Kelly. His shot missed wide right. In the 80th minute, Martinez and #12 Adam Armour took promising shots on target, but both were deflected by the Miami keeper. In the 88th minute, Miami's #9 Christiano Francois scored the final goal of the match, pushing the final score of the game to 2-2.

“I don’t know that we matched the intensity enough in the second half. I think we got out of our rhythm of playing and possessing the ball. These are the games we can't give up set piece goals, when we are in the lead,” stated Charlotte Independence Head Coach, Mike Jeffries. “It’s frustrating, but the biggest message is that we have a quick turn around. We play Wednesday, so we need to make sure we do a good job and take care of ourselves. Then we move forward, you don’t get a chance to feel sorry for yourselves, just got to push forward."

NEXT ON THE SCHEDULE: The Charlotte Independence play at Loudoun United FC On Wednesday, September 8. Kickoff is scheduled for 7 PM (ET). Watch on ESPN+.