Semifinal Screenings at Devil’s Logic Brewing and Hooligans on Elizabeth 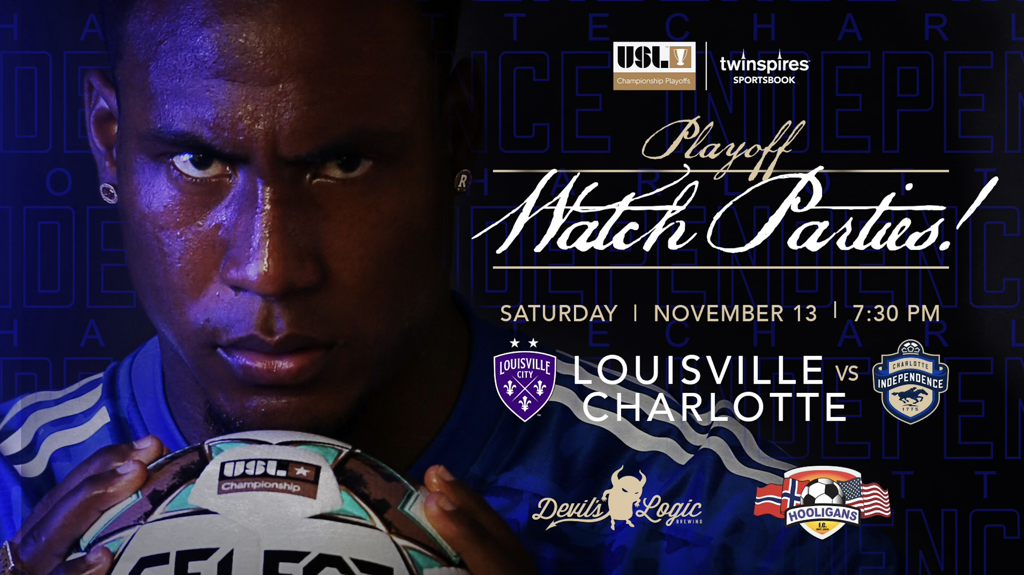 The Charlotte Independence secured the club’s first playoff win in franchise history on Saturday, November 6 after a 3-1 win over Memphis 901 FC in the Eastern Conference Quarterfinals. Louisville City FC will host the Jacks at Lynn Family Stadium on Saturday, November 13 for the semifinal match. Kickoff is scheduled for 7:30 PM, and we’re throwing a playoff watch party weekend so fans of all ages can come out and BACK THE JACKS!

You know the drill. Join Charlotte Independence players, front office staff, Mecklenburg Reserves and other fútbol fans at Devil’s Logic Brewing this Saturday, November 13. Clean, crushable, well-balanced brews will be on tap and your Jacks will be LIVE on the big screen. RSVP is encouraged and the first 20 fans receive a free beer! The party starts at 7:00 PM.

P.S. The semifinal match will also be on the TV’s at Hooligans on Elizabeth (Independence HQ) for any fans who want to check out their new location.