2021 season ranks as the best in club history. 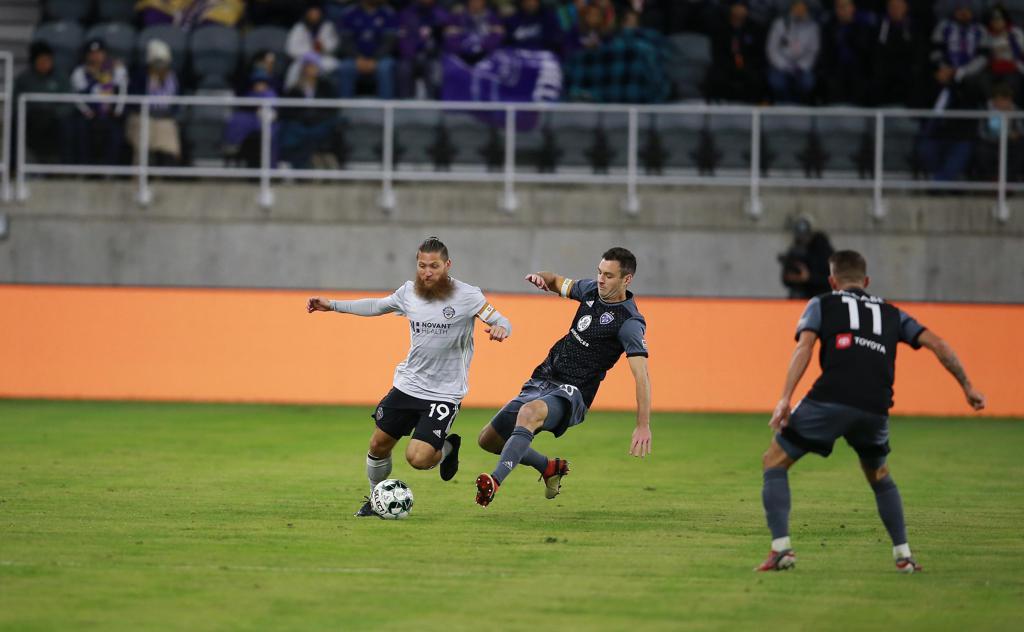 LOUISVILLE, KY (Saturday, November 13) - The Charlotte Independence fell to the Central Division’s #1 ranked Louisville City FC by a score of 1-0 at Lynn Family Stadium tonight in the USL Championship Eastern Conference Semifinal match. The 2021 season ranks as the best in club history with your Jacks finishing 2nd in the Atlantic Division and posting an overall record of 18-9-6.

Simply stated by #19 Enzo Martinez, “It was an honor to play with this group.”

Both teams got after it from the very start of the match and it was Louisville who earned an early corner kick in the second minute. The service flew into the six-yard box and it was Goalkeeper #1 Austin Pack who came off his line to punch the ball up and out of play.

On the attacking end, your Jacks found space through the midfield. #32 Gabriel Obertan passed to #56 Sylvain Marveaux who laid it off to #7 Joel Johnson. Johnson put a dangerous, low ball through the box with nobody able to get on the end of it.

#4 Jake Areman struck Charlotte’s first shot on goal in the 12th minute of play after taking on a couple of Louisville defenders. Goalkeeper #1 Chris Hubbard made the save. The Jacks looked impressive again in the 37th minute after Johnson’s cross found #29 Dane Kelly who attempted the bicycle kick in and around the six-yard box. He got a piece of it, but the ball trickled just wide.

Later in the half, it was the Jacks defense who came up big to keep things all square. First, it was #22 Christian Fuchs who made a sliding tackle after a long ball over the top found Louisville’s #10 Brian Ownby in behind. Then, it was #2 Kevin Riascos with another big block to close the half. The score remained tied, LOU 0 - CLT 0.

Charlotte seemed to find more opportunities early in the second half pressing the Louisville back line. In the 59th minute, #13 Brandt Bronico flicked a heel pass back to #9 Irvin Parra who dished it off to Areman. The shot soared high and over the crossbar.

Defensively, Pack made another big save in the 65th minute shielding the ball off the goal line to keep the Jacks in the game. With momentum building, Parra took a confident strike from distance in the 74th minute forcing Hubbard to lay out and make a save.

Charlotte was unfortunate in the 88th minute of play to concede a hand ball inside the box which resulted in a penalty kick for Louisville. #17 Cameron Lancaster took the kick and scored.

The Jacks pushed everyone forward for the final five minutes of stoppage time, but were simply unable to find the back of the net. The final score: LOU 1 - CLT 0.

“I’m gutted for the players and for the organization. I thought the guys put everything into the game and it was a fantastic, hard fought playoff game … I think this is a special group which is why we’re so disappointed that it ended as it did. It’s for them, you know they put so much into it. The group came together fantastically, and it’s a really strong locker room. There are guys that have been here for a long time and they deserve better.”