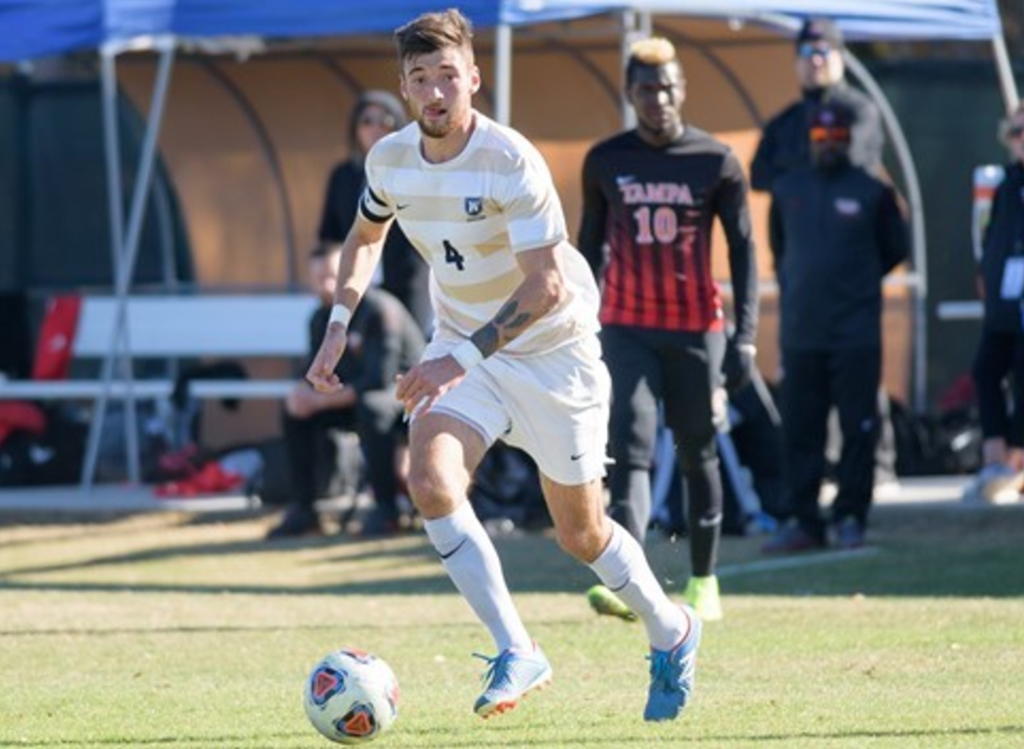 Charlotte, (N.C) - The Charlotte Independence announced Tuesday the signing of their first rookie and non-returning player to the 2017 squad in midfielder Callum Ross. The first year pro comes to the Independence from Wingate University, pending league and U.S. Soccer approval.

“It was massive,” said Ross. “It’s something I’ll never forget. I’m very appreciative of my coaches and teammates that were a part of that team.”

Ross is looking to take his collegiate success and translate it to the Independence. Hopeful his leadership gives him a leg up on his rookie season, Ross notes how the past years have helped him to this point.

"I did take upon a leadership role on the field,” said Ross. “Being a leading points-scorer wasn’t one of my targets, it was just a result of the team performing to the best of our abilities each week. If I got goals and assists, I was happy to do so, but I just wanted to put 100% effort in and help the team."

Ross was a four-year player at Wingate, but missed most of the 2014 season due to injury and was granted a medical redshirt. Even though the Newcastle, England native had a year of collegiate eligibility left, he decided it was time to focus on his professional career.

“I had the opportunity to play with Wingate next season,” said Ross. “But winning the National Championship and the conference and everything we set out to do, I just think it was the right time to move on.”

With six midfielders already signed for this season, Ross may be displaced from his prior position, but is keeping an open mind if he lands at defense.

"Until we figure out the squad and the other signed players, I don't think I'll know entirely," said Ross. "But I'm not ruling out any role in the midfield, and it could be both."

The Independence now have 15 players under contract for the 2017 season. The team will play their first preseason match this Saturday in Charleston, South Carolina versus Major League Soccer side Columbus Crew SC. Their regular season will begin on Saturday, April 1st against the Charleston Battery.