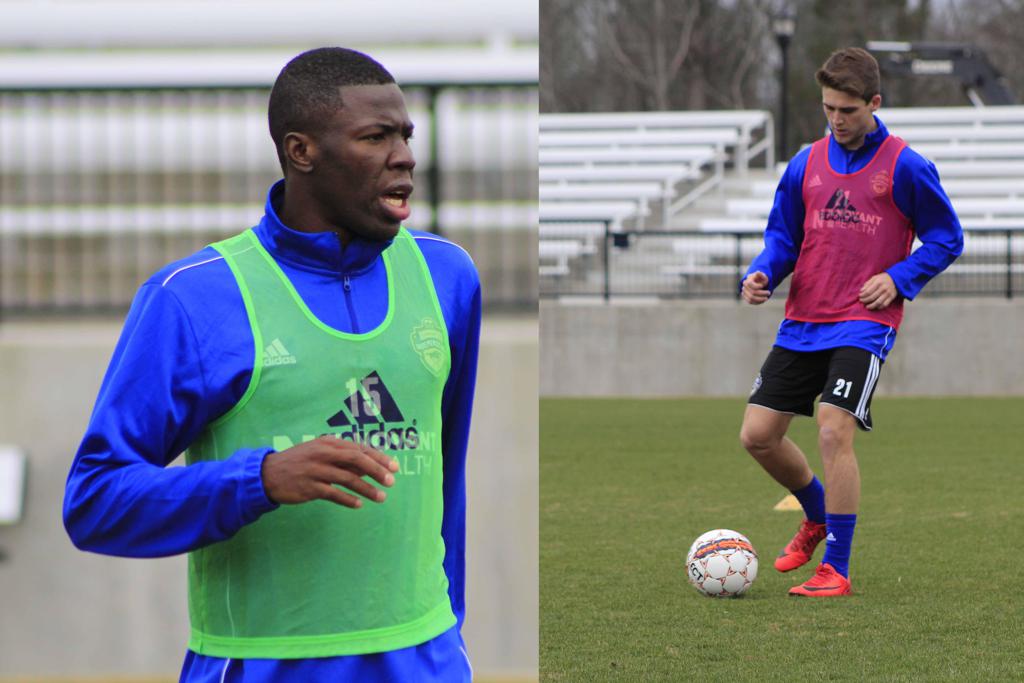 Over the past few seasons, the Charlotte Independence professional soccer team has made a point of emphasis to bring in domestic and international youth players in hopes of developing the next generation of professional talent.

“The USL is a very competitive Division II league,” said Independence Head Coach Mike Jeffries. “Part of being a Division II league is that players are going to want to progress from Division II to higher levels throughout their careers. The opportunity for young players to come in to learn, grow, and improve and then move on is a huge motivation for them in playing in the USL.”

Doum, who fills an international spot for the Independence, is a raw talent Jeffries scouted in his offseason trip to Cameroon.

“Calvin is a project, for sure,” said Jeffries. “He's also a project we're really excited about. He's a really strong, physical, defensive presence. He was really good in one-on-one defending situations, and I think he's surprisingly good as a technical player.”

By contrast of traveling to Africa to find young talent, Head Coach Mike Jeffries is looking for ascending talent in his figurative backyard.

“It breaks down into several categories,” said Jeffries. “Local, young players that come in who play with pros at age 16, 17, are provided a development opportunity they wouldn't get otherwise. It's a great opportunity for them whether they sign a professional contract at 17 or go on to play a couple years in college.”

Steedman is an U19 U.S. Soccer Development Academy product that falls into that category of player. He joins recently signed goalkeeper, Brandon Miller and UNC Charlotte soccer alumni, Donnie Smith as the third Charlotte Soccer Academy product to sign with the Independence this season.

“We've had Daniel in at various times over the past couple of years and we've always enjoyed working with him,” said Jeffries. “He really has a good mentality for the game and a good attitude. Coming in, he fits how we play and what we do.”