Passionate fans packed the stands to enjoy Club Santos Laguna as they defeated the Independence, 3-0, in club's second International Friendly 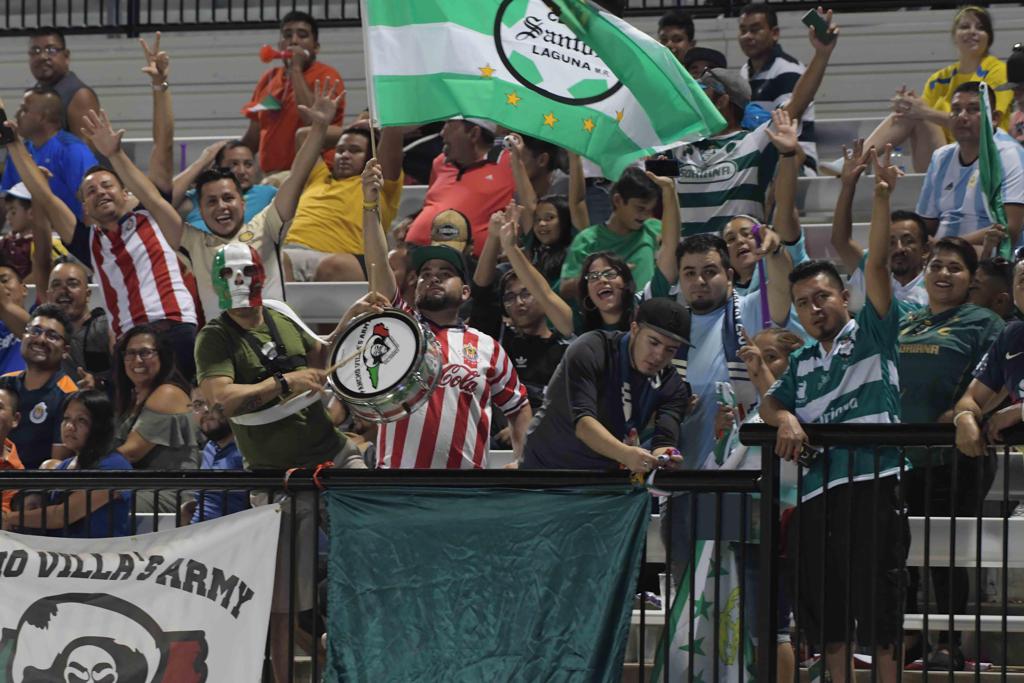 "The guys enjoyed tonight," said Independence head coach Mike Jeffries. "It's always good to challenge yourself against top clubs in the world so I think it was a great experience for us."

During the pre-game ceremonies, the Independence recognized Latin Americans working for Achievement (LAWA)  and former scholarship recipient and Board of Directors member Andrea Solórzano Johnson for the organization's work in the community. 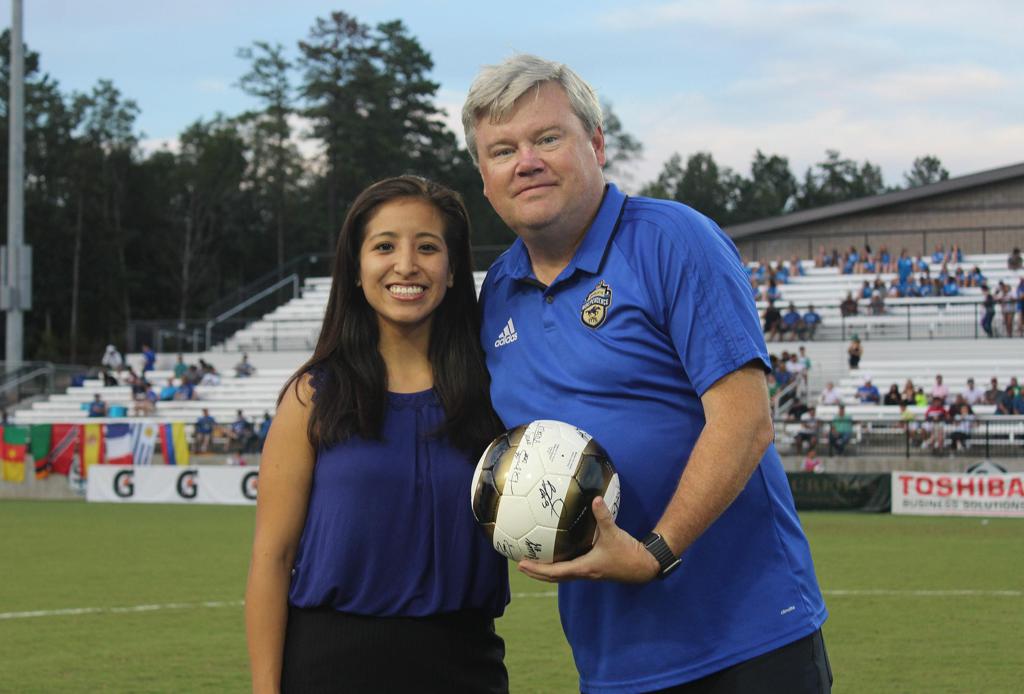 At halftime, the Independence recognized Yelitza Castro, an immigrant and single mother from Venezuela, who arrived at Camino Community Center in 2001 where she found help and hope. Since 2010, Yelitza has been paying it forward by preparing home-cooked meals for the homeless community of Charlotte. She and her family serve at least 500 people each month in the Uptown area. Her son, Alex, serves alongside his mother every other Saturday.

Commercial and marketing director @jflorda presents a team-signed Jersey to Yelitza Castro, a local super hero mom, who developed a feed-the-homeless program after being homeless herself.

The Independence managed a productive first half, recording a couple shots on goal while also keeping a clean sheet against the 2017 Liga Mx Champions. Osvaldo Martinez broke the deadlock for Santos Laguna in the 60th minute with a scintillating strike from outside the eighteen. Los Guerreros scored two goals in the final ten minutes to stretch the lead to three.

"It was a good opportunity for us to look at a couple of guys in different spots and see how they would hold up," added Jeffries. "In the second half,  it was a really good opportunity for the young guys to get a run and play in a meaningful game against a quality opposition."

Independence defender James Kiffe made his debut for the club after making the move from Reno 1868 FC. Kiffe recorded a vital 45 minutes, his first in four months since shattering his big toe and dislocating it.

"I'm happy with tonight and happy to be here," said Kiffe. "Tonight was a really good opportunity to get some new fans to come to our games. Santos Laguna is a very good team, so to be able to hang with them, while they are in mid-season, is a very good accomplishment."

The Independence return to the Sportsplex at Matthews this Saturday, September 8th at 7 p.m. against the Richmond Kickers. Saturday's game marks a return to USL action and is set to be a crucial game for both teams as the playoff race heats up. 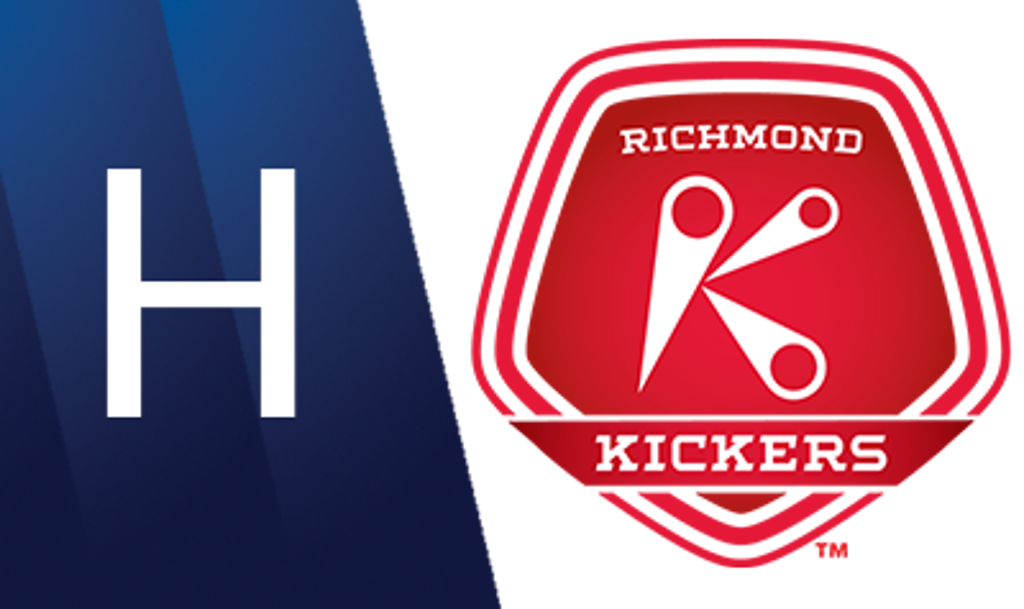 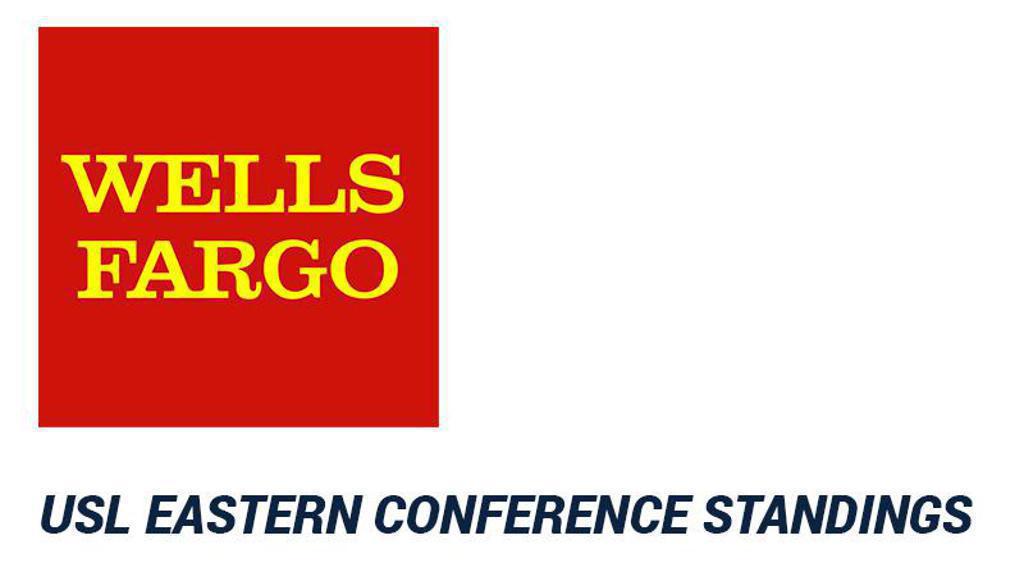