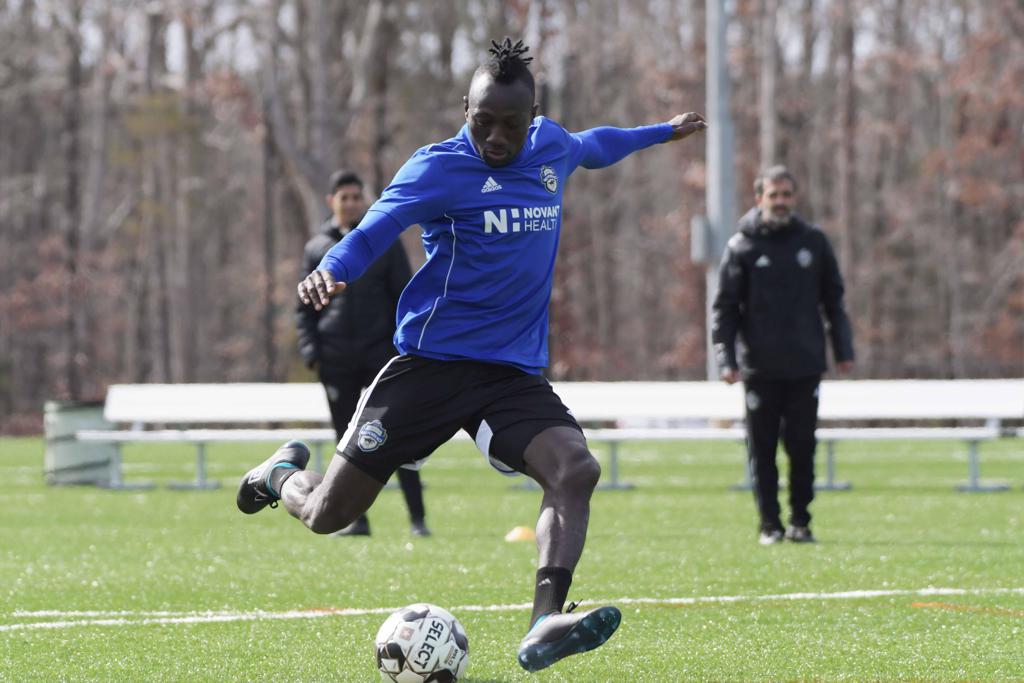 “I’m excited to be here and can’t wait to interact with the fans, and put my veteran leadership into the team to help the club grow and get better,” said Oduro. “I think with the qualities I have I’ll be able to help lead the team to a championship.”

Oduro’s illustrious MLS journey has made stops with FC Dallas, New York Red Bulls, Houston Dynamo, Chicago Fire, Columbus Crew, Toronto FC, Montreal Impact, and San Jose Earthquakes. In 2013, he recorded a career-high 13 goals with the Crew. Oduro is notorious for his speed, even being marked as the 8th fastest player in FIFA 16 with a 94 pace rating.

“Pace is really important for our wingers and through the middle,” said new Independence Head Coach Jim McGuinness. “Dominic is a player that adds a lot of experience and quality. He adds a dynamic element to the game plan and asks a lot of questions to the backline.”

The 33-year-old self-proclaims as the pizza-guy. Famously, he sported a delicious slice shaved into the hair on the side of his head. In 2013, Oduro celebrated a goal for the Columbus Crew by running over to a fan standing along the sidelines, taking a bite of their pizza and then proceeding to give the rest of the pie to a different fan. As luck would have it, the pizza belonged to former “Tonight Show” host Jay Leno, who was attending the game that night.

“I’m a pizza lover,” said Oduro. “I first had pizza in 2004 when I came to the States. It was the only food I could eat for a bit. I was hooked on it. When I became a pro, I ate it as my pregame meal, even though I probably shouldn’t say that. From then it’s been a part of me. I love pizza so I hope to have some pizza time with the fans. I’m a pizza guy.”

Oduro wouldn’t pinpoint the best pizza he’s ever had, but was certain about choice toppings.

“Double cheese and double bacon,” said Oduro. “If it comes with cheese and bacon, then I’m good to go.”

Oduro had his first slice during his collegiate career at Virginia Commonwealth University. Oduro recorded 18 goals and five assists in 41 appearances for the Rams on his way to being named 2004 Colonial Athletic Player of the Year and Third-Team All-American. In 2004, Oduro scored 16 goals in 13 matches for USL League Two side Richmond Kickers Future. He would go on to be selected 22nd overall in the 2006 MLS SuperDraft by FC Dallas.

Dylan Mitchiner is the fourth member of the Independence roster to sign an academy contract.

Eight clubs to compete in Atlantic Division in 2021